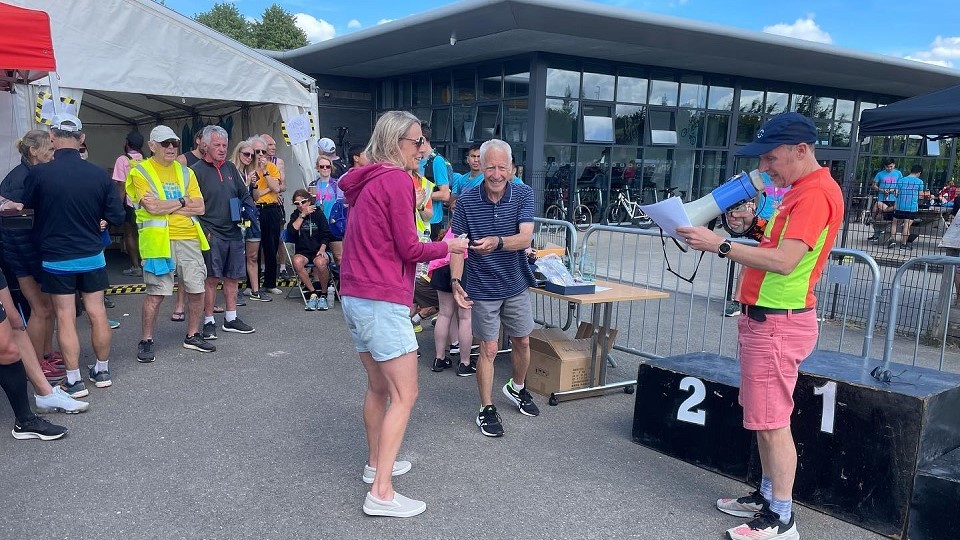 No need to shout!

The 38th North Downs 30K incorporating the British Masters Multi-Terrain Championships for the sixth time, was held on the new course that was introduced last year based at Cyclopark, Gravesend. There were 388 finishers in 4:44:14 in the open race and 52 of those were chasing medals in the age-group competition.

The organisation of this traditional Kent classic, hosted annually by Istead & Ifield Harriers, is seamless after nearly 40 years as highlighted by M50 Gary Walsh (Sevenoaks, 2:51:39) on facebook soon after finishing 146th: "Fantastic event with a great atmosphere before, during and after the race. The marshals and volunteers were amazing, and it was especially nice to see so many familiar faces from the Cyclopark parkrun - always remember to dig deeper!"

Our image above shows the presentations taking place with possibly an over-enthusiastic use of the loudhailer, despite the ages of some of the winners!