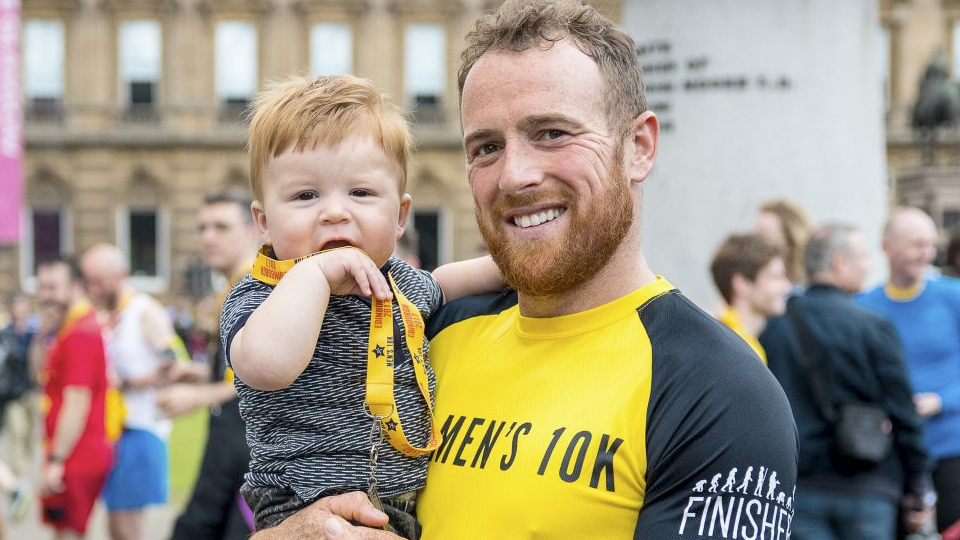 If you are feeling inspired by last weekend's Men's 10K in Glasgow then take that feeling and do something about it by signing up for the 2023 event for which entries are already open.

Hundreds of runners took to the streets of Glasgow on Father's Day (Sunday 19) to take part in this year's Men's 10K. They toured the city's streets, taking in the Riverside Museum, the Armadillo, SECC and Hydro along the River Clyde before an epic finish awaited them in George Square.

One runner who smashed it was Stephen Rankin who ran the race wearing a 17kg weighted vest! He took on this challenge to raise money for a charity called Tiny Changes, in memory of a dear friend he lost to suicide last year.

Stephen commented: "Every day in the UK, 17 people commit suicide. Hearing this made me decide to run a 10K wearing a 17kg vest on my back." You can read more about Stephen's fundraising at JustGiving.

Another runner who deserves recognition is Chris Lightfoot who completed the race for SAMH. Last year, Chris struggled with various ailments due to an unhealthy lifestyle. After developing panic attacks and increased anxiety and stress, Chris saw his mental health decline rapidly. He sought help through mental health services including phoning the NHS 24 mental health line during the night.

Chris said: “With the help of the NHS, SAMH and various other mental health resources, I decided that I had to make a change in how I was living my life. By the end of the year I’d lost a total of 5 stone. At the start of this year I decided that I need to set myself goals so I could maintain a healthy lifestyle and entering this year’s Men’s 10K Glasgow was one of those goals. Hopefully I can help other people in a similar situation to myself.”

If you weren't feeling inspired before reading this, surely you are now. Take advantage of Early Bird prices by entering 2023's event today. Scheduled for 18 June, it is guaranteed to be another classic day of running, and fundraising!