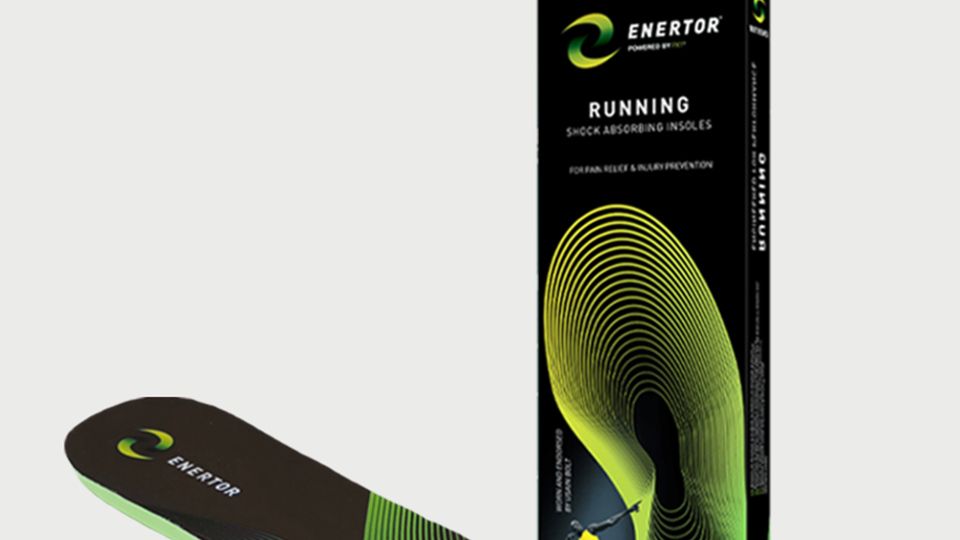 They are putting their heart and sole into saving the planet

Leading brand Enertor is taking steps to reduce their carbon footprint and urges others to do the same with their insole recycling programme – the first of its kind in the world. This ‘S.O.S’ – Save Our Soles’ is aimed at runners, clubs, retailers and consumers who are asked to play their part by returning their insoles where they will be put to good use.

Official partner of England Athletics, the Ipswich-based company has, for 20 years, been providing insoles to runners of all ages and abilities, hikers and top flight sportsmen and women. Their running and walking insoles reduce shockwaves caused by the impact of the foot hitting the ground and consequently the risk of injury.

Their focus has expanded to include environment concerns: in particular the problem of insoles being discarded and ending up in landfill. Once there, they release toxins into the ground and air that are hazardous to humans and the planet. Air pollution is an impact along with greenhouse gases.

Enertor have been awarded an R & D grant by Innovate UK to develop a method for recycling insoles thereby reducing waste. They will repurpose the recycled insoles to create soft mats for children’s playgrounds and insulation for homes.

They ask runners and walkers who are about to treat themselves to new insoles for Christmas and are wondering what to do with their old pair, not to throw the old ones in the bin. Instead, parcel them up and send to: ENERTOR Recycling Dept, 10-15 Pegasus, Orion Court, Addison Way, Great Blakenham IPG 0LW. All insoles are accepted irrespective of their condition.

Sports clubs, brands and retailers wanting to know more about this initiative are asked to send an email. The email address and other contact details can be found on the Enertor website.