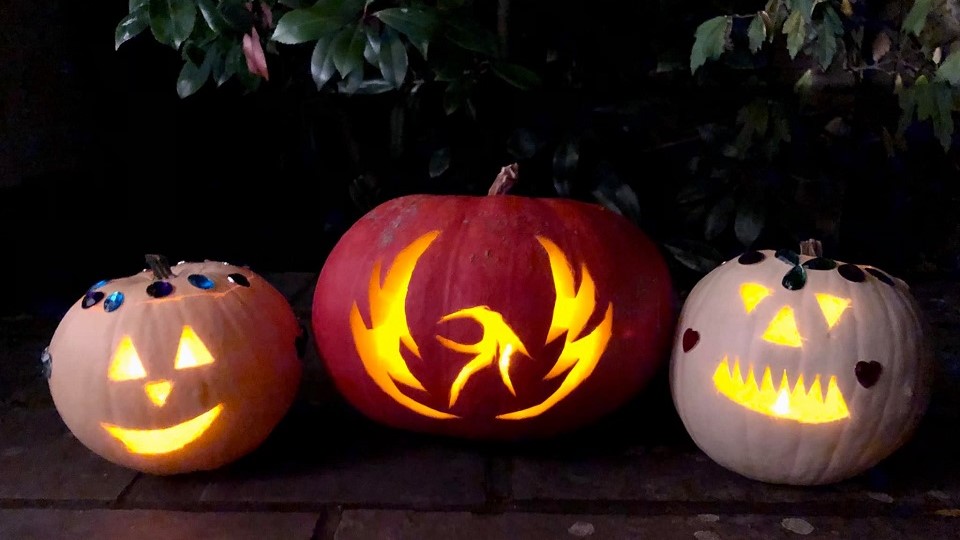 Milestones clocked up as the clocks changed

John and Nick were on target at Phoenix Running's events

runABC South previewed Phoenix Running's Halloween double-header of the Ghost Train on Saturday (30 October) and Skull Runner on Sunday (31 October) – both hosted at Elmbridge Excel Sports Hub, Walton-on-Thames – so it only seems right to find out how it all went.

Both events had the same format – run as many 3.28 mile laps as you want within the seven-hour limit – and results for half marathon or full marathon were kept separate for ease of reference and to assist those who were on a mission to add another milestone.

Phoenix Running make a big deal of their milestone runners who can pose for photos with the special race number that indicates their personal achievements. And why not, when the milestone in question is the 1,600th marathon that was completed by Skull Runner John Kew on Sunday!

Eight laps were enough for everyone on Saturday but there were a couple of milestones passed in the half marathon after four laps. Rahul Vashist (2:45:13) notched up his 100th run at 13.1 miles and Joanna Barnes (2:49:37) was on her 150th half marathon.

Naturally, the feed station and venue were suitably decorated for the occasion (see picture above) by Phoenix Running staff, who had the greatest stamina of all due to the long days of setting up and timing these unusual events.

Results are available at via runABC South's race listing here.