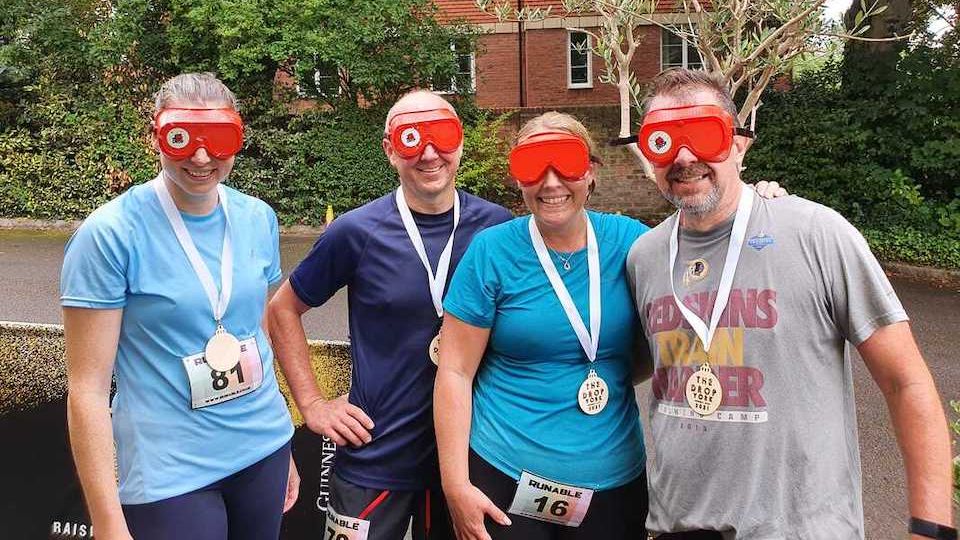 New race to ‘Drop’ into Edinburgh next year

The Drop UK is bringing its signature challenge to Scotland for the first time next spring.

Participants brave enough to take on The Drop Edinburgh (Saturday, 2 April) will be asked to hand over all their electronic devices, phones, watches and money at registration. In return, they’ll be given a race number and an emergency bag – into which all their precious connections to the outside world will be sealed, not to be opened until they cross the finish line.

After parting with their tech, they’ll then be escorted onto The Drop bus, blindfolded with blackout safety goggles and driven to their ‘Drop’ – 10 miles or 15 miles as the crow flies from their start. At that point they’ll be released, with nothing left to do but make their way back, unsupported, to their start in the city centre – a location not revealed until a week before the race.

The aim of the challenge, according to Wane Law of the Drop UK, is to bring the fun back to adventure racing – and it certainly sounds like fun for the organisers. He told runABC Scotland, “It’s great to see the complete chaos as 50 people stand by the side of the road wondering where they are. The best many of them can hope for is that they bump into someone else who knows where they are.”

Although most participants in The Drop – currently operating in seven other UK cities – are individual runners, walkers and teams are also welcome to take part. Wane said, “We’ve had people use our events to explore an area they’ve come to on holiday. They treat the race as a day’s adventure.”

And how do runners cope with not knowing where they’re going, or how long it will take to get there? According to Law, there’s usually a lot of discussion between the participants at registration about how they’re going to tackle the event – but in the end, they all seem to go the same way.

runABC Scotland asked whether The Drop had marriage counsellors on hand at the finish for couples who try take on the leap into the unknown together. He laughed and said, “No, but that would be a great idea.”

Joking with runABC Scotland aside, Law said that it’s fair to say that not all participants realise how far 10 miles as the crow files might take them from the start. The drop point for their last Huddersfield event took 40 minutes to reach by bus.

He said, “We find that runners who sign up to the 10-mile option often cover about 13 to 15 miles to get back. Some make the mistake of following road signs to get back their start points, and that’s not always the shortest way home.”

Law stressed that using GPS, maps, any equipment other than what is provided, anything other than their own two legs or breaking the seal on the emergency bag results in removal from the results.

But while the event is meant to be a challenge, it’s not meant to be impossible. Law says that in the nearly 10 years and 30-odd events they’ve held both in summer and winter, not one participant has failed to finish. The generous cut-off time means even walkers have a fair chance to get home.

He says, “We want everyone to come back, whether they’ve failed or not, just to feel they’ve had an adventure and feel good about it.”

Does the removal of all their gadgets cause some anxiety, runABC Scotland asked? Quite the opposite, Law said. “So many people comment on how long it’s been since they’ve run without a watch. And after they do it at the Drop, they’re really positive about the experience, not being attached to a piece of tech.”

And the best thing about the Drop for him as an organiser? “Everyone comes back with a different story to tell when they finish. All the participants compare notes and share how they got back and what they got up to along the way with the others. It’s quite different from a 10K road race, where people have pretty much the same story.”

“The Drop forces people to have an adventure – and that’s a good thing.”

Entries for The Drop Edinburgh – with both 10 mile and 15 mile options – will initially be capped at 50 participants, at which point a waiting list will be opened. If another 50 runners sign up, a second group of 50 will be allowed entry – and the race then closed.