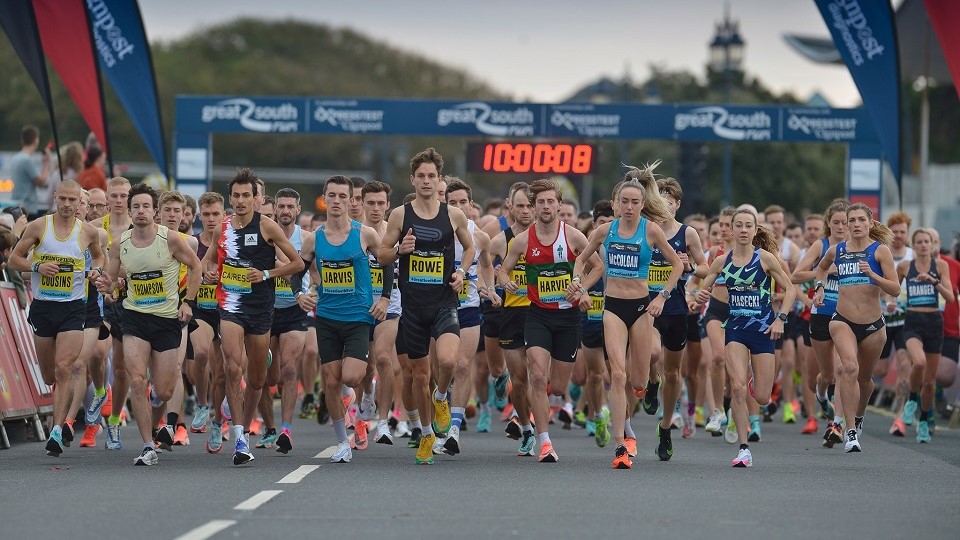 Eilish McColgan ripped up the record books on her way to her third Great South Run title on Sunday (17 October). Sonia O'Sullivan's 2002 course record of 51:00 wasn't the only mark consigned to history by the flying Scot.

Despite blustery conditions on some of the exposed sections of the coastal route between Littlehampton and Portsmouth the Dundee Hawkhill Harrier jetted to 14th overall in 50:43 – a PB by nearly a minute and a UK record – some 28 seconds faster than the previous record-holder Paula Radcliffe. McColgan flew through 5K splits in 15:45, 15:51, and 15:39 en route.

A euphoric McColgan tweeted: “Wahhh! What a way to finish my season! Course record, British record & European record (we think!!). I could not have asked for a better way to end 2021. Thank you to everyone for the cheers around the course & for the support this season!”

runABC's reporter Alan Newman was pretty accurate with his pre-race predictions. Jess Piasecki (Stockport Harriers, 51:50) took a minute off her 10-year-old PB in second place and Verity Ockenden (Swansea Harriers, 54:07) made even greater strides from her 55:15 set on this course when she had finished second to McColgan in 2019.

Meanwhile, the previous triple men's champion Chris Thompson (Aldershot, 49:01) – who was honoured by sporting the race number one – couldn't manage a fourth title. He was fourth behind his Aldershot club mate and 10-mile debutant Jack Rowe (47:20) who was joined on the podium places by Emile Cairess (Leeds City, 47:38) and Bedford & County's rising star Daniel Jarvis (48:48) – also making his first appearance over 10 miles.

An estimated 16,000 runners completed the 2021 Great South Run in three start waves at half-hour intervals. This was the closing event of a weekend of community running events that included Great South Run 5K on Saturday, which was led by Cameron Griffith (14:20) and Beth Kidger (Brighton Phoenix, 16:23) – who was seventh overall.