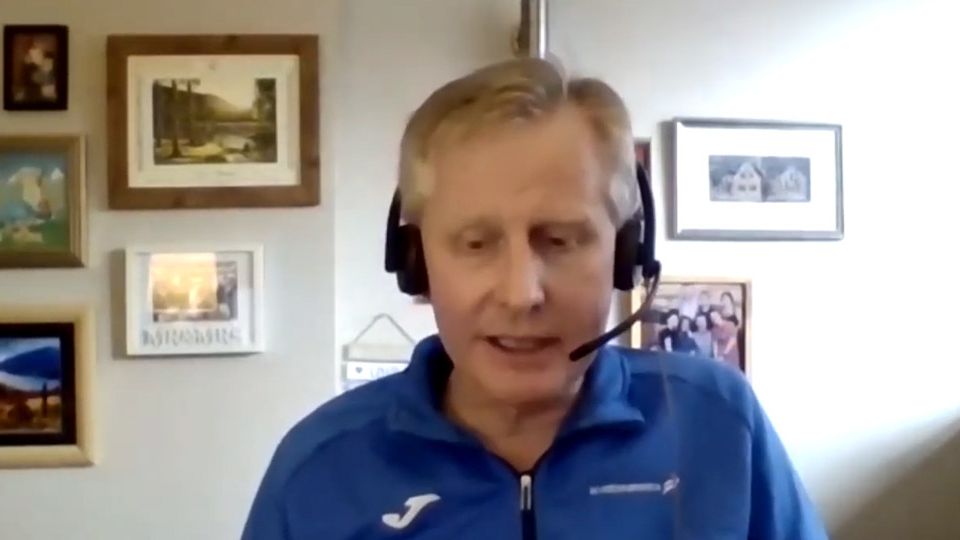 Ian Beattie, chair of scottishathletics, praised the resilience of the athletics and running communities in Scotland during the current coronavirus crisis. Speaking to Peter Jardine earlier this week, Ian recognised the frustrations for clubs and individuals over the last 12 months with the serious limitations on group activity and the decimation of the events calendar.

Ian Beattie also acknowledged the continued support for the sport in general and his organisation in particular from the scottishathletics membership which had an encouraging 75-80% retention rate since the end of 2020 despite the lack of activity enforced by the pandemic.

He is now looking for ongoing support and is urging SA members to renew their subscriptions and to continue to be part of a broad community that has scottishathletics, jogscotland and the clubs at its heart.

Commenting on the recent appointment of Colin Hutchison as CEO of scottishathletics, Ian Beattie said a rigorous interview process had underline Colin's strengths and his ability to maintain the progress that scottishathletics has made in recent years. But Ian was also keen to see beyond individual figures to a culture of success that would drive a post-pandemic recovery.

runABC Scotland believes that sport in general and running in particular is approaching a major crossroads. On the one hand the scarring from 12 months of lost events and activity is a negative however there are significant positives.

The increase in casual running and jogging during the pandemic plus a future emphasis on improved personal health can only work to the advantage of the 'running industry'. Plus the pent-up demand from the core running community should mean that clubs, group and, crucially, event organisers are set for a bonanza beginning in the latter part of 2021 and bullding a real head of steam in 2022 and beyond.

Watch the full interview with Ian Beattie on YouTube.