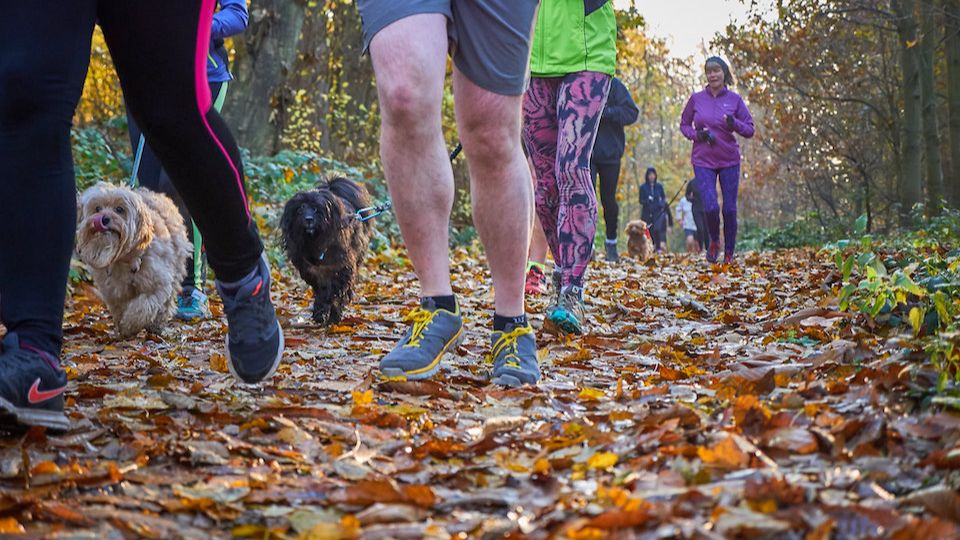 Changes afoot for our four-legged parkrunners

Waist harnesses banned from this weekend at the free, timed 5k events

Parkrun’s new rules relating to running with dogs at their events come into force around the world this Saturday.

From 2 April, participants will no longer be able to use waist harnesses while running with their dogs.

Global event rules have been updated to explain that only ‘short, handheld, non-extendable leads’ must be used, and dogs kept to the side and within reach at all times.

Parkrun has made the changes over concerns about safety – not, as some runners speculated, because being pulled around the course by a dog might offer a competitive advantage.

Over ten percent of ‘incidents’ at parkruns involve four-legged parkrunners, the organisation says. They cite their own evidence that suggests that the use of waist harnesses – which allow for significant sideways movement – leads to an increased risk of trips and falls, especially when dogs run in front of people other than their owners, or dogs are involved in overtaking.

Many parkrunning dog owners feel the changes are a bit ‘ruff’. Some claim that the Cani-X style harnesses are actually safer, as they can support a lower centre of gravity, remove the possibility of letting go of the lead and allow the runner to participate hands free.

Despite the changes, parkrun are clear that they still support the presence of dogs at their events.

They say, “We remain of the belief that, overall, the benefits of allowing participation with dogs far outweigh the risks of doing so.”