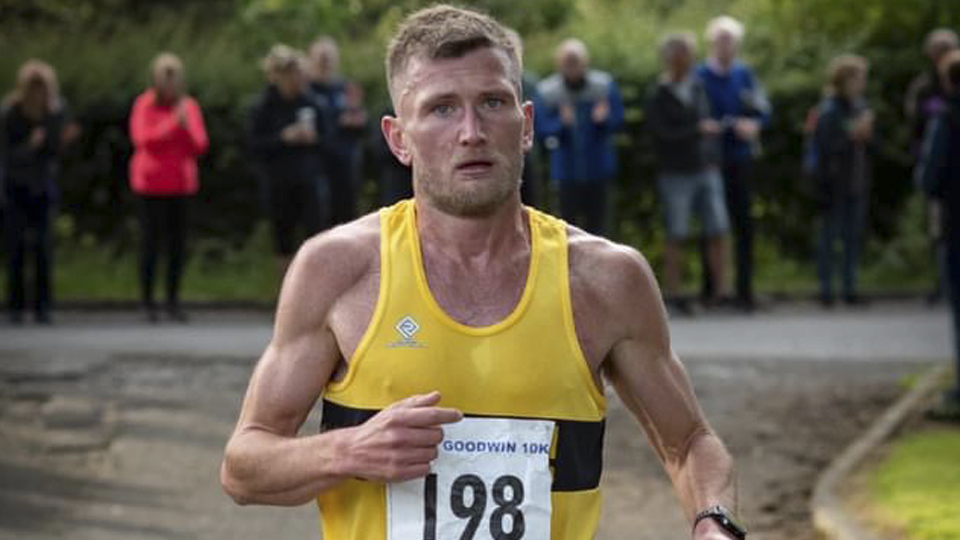 A Fast Night In The Park

Derek Hawkins recorded his fastest 10K time since October 2021 to win the Brian Goodwin Memorial 10K last Friday night, as hundreds of runners participated in one of the most competitive fields expected to line up for a race in Scotland this year.

Hawkins, who represented Team GB in the marathon at the Rio Olympics in 2016, had company at the halfway mark but streaked clear of the group on the second lap of the course in and around Pollok Park to win by 20 seconds in a time of 30:01. Alastair Hay of Central AC (30:21) and Gavyn Chalmers of Leeds City AC (30:22) were second and third respectively as they edged Ochil Hill Runners’ Fergus Roberts out for the remaining podium places in a sprint finish.

On a breezy night that was otherwise ideal for running, Eve MacKinnon won the women’s race in a gun time of 35:41. The Cambuslang Harrier finished clear of second-placed Yvonne McNairn (36:42). Katrine Kelly was third in a time of 37:58 – an apparent PB for the Troon Tortoise runner.

The combination of fast racing and a competitive field, a Friday night in summer vibe and the promise of a free beer and burger at the finish line, always marks the Brian Goodwin Memorial 10K out as one of the most eagerly anticipated events on the running calendar in Scotland. This year’s event was no different, with 375 finishers and other volunteers and spectators able to socialise outside and enjoy the BBQ and share stories from the race for the first time since 2019.

A stacked field of top class club runners in Scotland lined up on the start line. The first nine runners completed the course in under 31 minutes. In total, 44 runners were sub-35 minutes.

At Bellahouston Harriers’ flagship event, prizes are awarded to the first male and female members of the club to cross the finish line. Noelle Smith, third in the Renfrewshire championships, was first female ‘Harrier home in a gun time of 42:06. The men’s prize went to Matt O’Connor, whose time of 31:47 is the fastest by a ‘Harrier over 10K in more than a decade. Greg Templeton ran Matt close, finishing in a time of 31:50. It is the first time since 2010 that Bellahouston Harriers members have beaten the 32-minute-mark over the distance.

Bellahouston Harriers wish to thank all runners, volunteers and spectators for helping make the Brian Goodwin Memorial 10k 2022 another memorable occasion, and race sponsor Migo Sports for their continued support.

You can find out more about Bellahoustom Harriers here.