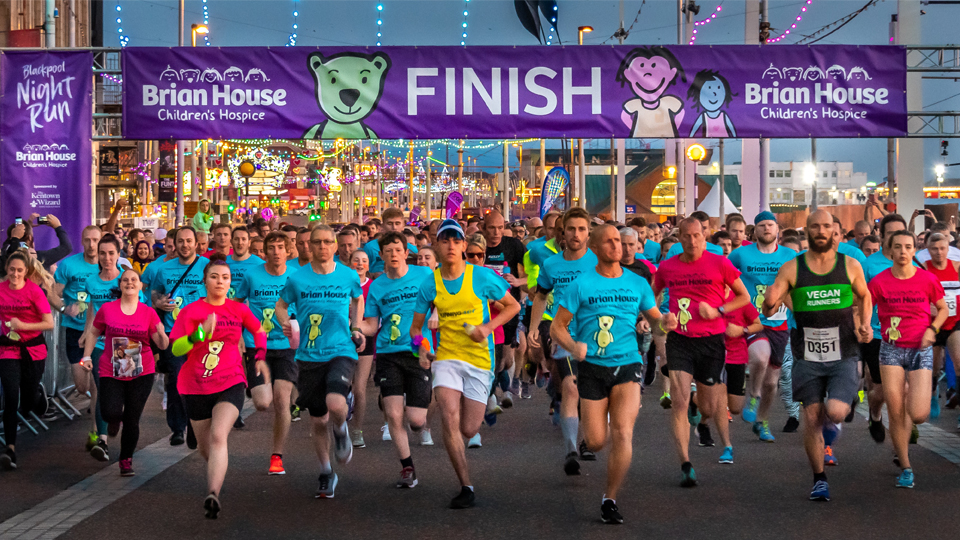 Light Up, Light Up 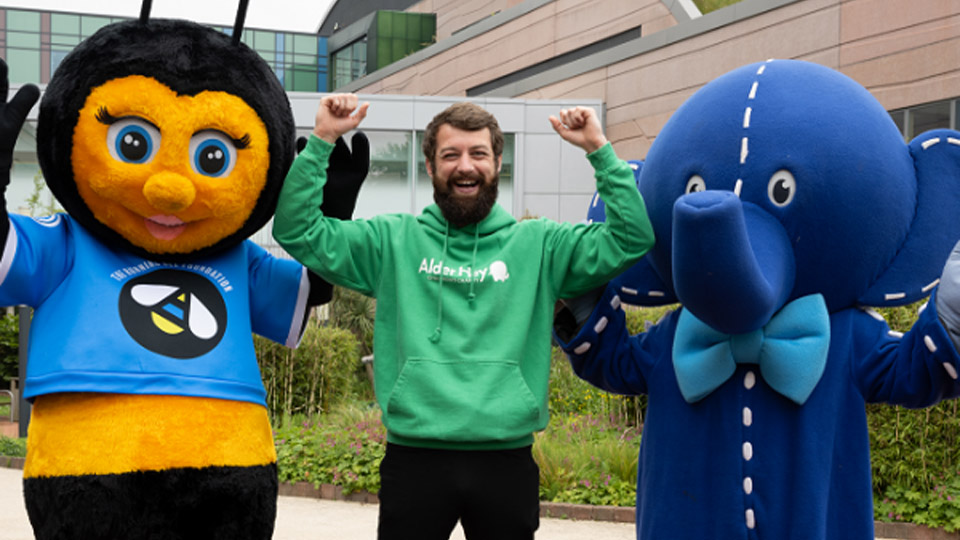 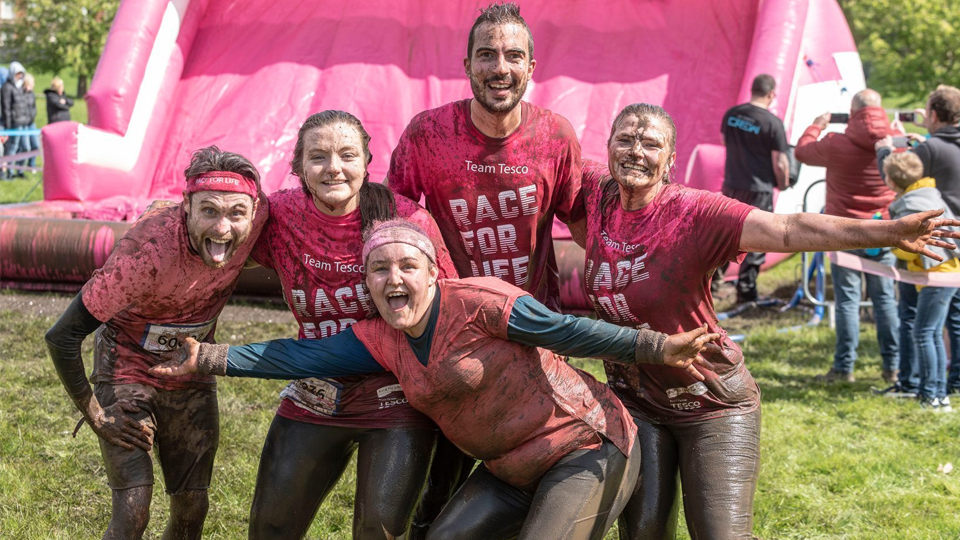 Race For Life Is Back 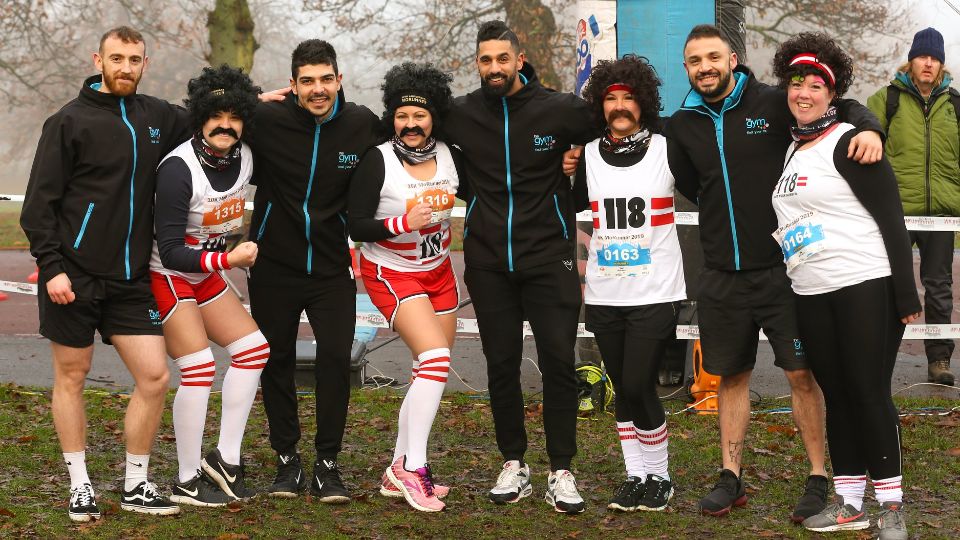 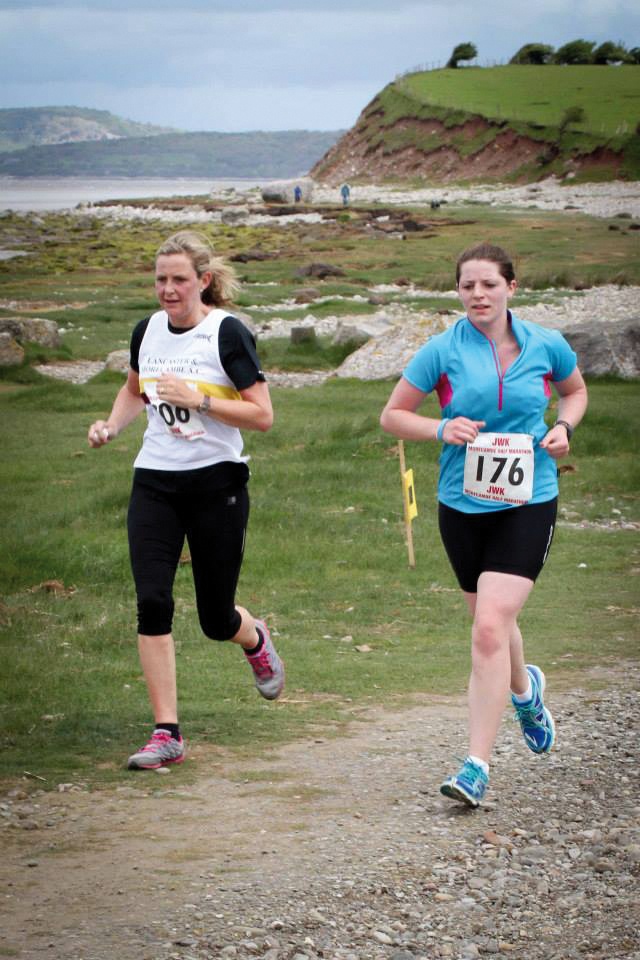 Lancashire beyond the great metropolitan centres of Manchester and Liverpool moves at a slower pace. Sure there are the traditional centres of Blackpool, Preston, Blackburn and Burnley, names resonant with sporting association, but there are beautiful natural places too like the Fylde peninsula, the Ribble Valley and the Forest of Bowland. It might be stretching things to suggest a rustic feel but it is less congested and features some terrific running spots, amid that abundance of great scenery.

The club scene is vibrant while Run England groups help introduce many beginners to the sport. Established names like Wesham Road Runners and Lancaster and Morecambe AC are well represented in the region's events.

Many clubs and groups also arrange their own events - we loved the imagination shown by Darwen Dashers. Who can resist entering their events - Aggies Staircase and Mr Sparkle's Dark Un. This time in In Your Area we speak to Jonathan Stubbs from the Dashers, who tells about these races and some of the more unorthodox events they're involved in.

We also catch up with Angus Murray from Lancaster and Morecambe AC, who reveals that the media interest around their recent 3K tribute to late comedian Eric Morecambe could lead to it becoming a regular occurrence.

Other notable events in the area include the Pennine Lancashire 10K which has grown considerably in the last three years, Blackpool Half Marathon and the Great North West Half Marathon. And it would be remiss when mentioning running events in the county not to include the Lancaster Race Series which features Morecambe Half Marathon, Elletson Arms Pilling 10K Series, and Trimpell 20M.

There is a strong network of retailers too making sure all runners are kitted out with the latest shoes and apparel, as well as providing valuable advice. National chain Sweatshop has stores in Chorley and Wrea Green (near Blackpool) and there is also The Runners Centre in Lancaster and Foot Traffic in Preston.

Check out some of what Lancashire has to offer to runners below.

As Lancaster and Morecambe AC celebrates its 50th anniversary this year, we caught up with club accreditation officer, Angus Murray. He tells us about the club’s development and its plans for the future.

“We haven’t organised anything for our anniversary yet,” Angus warns me. “But don’t worry, we’ll definitely have a celebration to mark the occasion,” he says reassuringly.  Angus is clearly a busy man, with around 450 members of the club.  Half of those, he explains, are younger members.

“We received a bit of an Olympic bounce after the 2012 Games in London, with a lot of younger members joining the club.  The club focuses quite strongly on the junior side of things so it’s great to see so many young athletes joining our ranks!”

Angus explains that the club have a team of coaches focussed on junior athletes. “We want to develop their skills and pick up good habits.  We are also now coaching our adult road runners to improve their running form and steer them away from some old habits and existing mindsets.”

Despite the ‘athletics’ tag, the club is very welcoming to all types of runners: “We’re a friendly club and are open to members of all ages and abilities. We have members who can do 33-minute 10ks and others who are more recreational runners.”

The club meets on Tuesdays and Thursdays at Salt Ayre Sports Complex located midway between Lancaster and Morecambe.  The sessions vary according to the abilities of the members taking part.

As well as the annual the annual Three Bridges 10K and Lancaster 10K race, a new event was introduced to the club’s calendar this year.  And it could be set to become a regular feature.

Angus explains: “We held the Leg It With Eric 3K this year and it was a great success. The statue of Eric Morecambe was vandalised last year, with the leg being sawn off. It was replaced in January and the council wanted to do something to celebrate, so we organised a run along the prom.  It was great fun as everyone was wearing Eric-style spectacles.  Due to the novel nature of the event, it got a lot of press attention.  It may become a regular event to replace our Keep it Ticking race, which we used to hold. Watch this space.”

On the subject of notable members from the past and present, one name springs to Angus’s mind. “Mark Croasdale was a former member who was very fast. He took part in the Man vs. Horse Marathon in Wales a few times and whilst he didn’t beat the horse, he came pretty close!”

On the social side of things, the club organises several nights out and hold an awards ceremony at Christmas for senior members, and one for junior members in January. There is also an event that pits the younger members against the old guard…

Angus explains: “One of the events we arrange to get juniors and seniors together is the Candle Lit Run. It’s held at Christmas time and sees an adult drawn against a junior member.  The adults usually specialise in road running and the kids in track and field.  It’s run over 1.5k. Sometimes you can get a bit unlucky and race against a particularly fast kid.  Though, it’s all in good fun of course.  The event is held along an unlit cycle track so there are candles along the way since it’s Christmas.”

Have we missed something? If you know of, or operate a club in Lancashire and would like to add it to our list, please get in touch with us here. 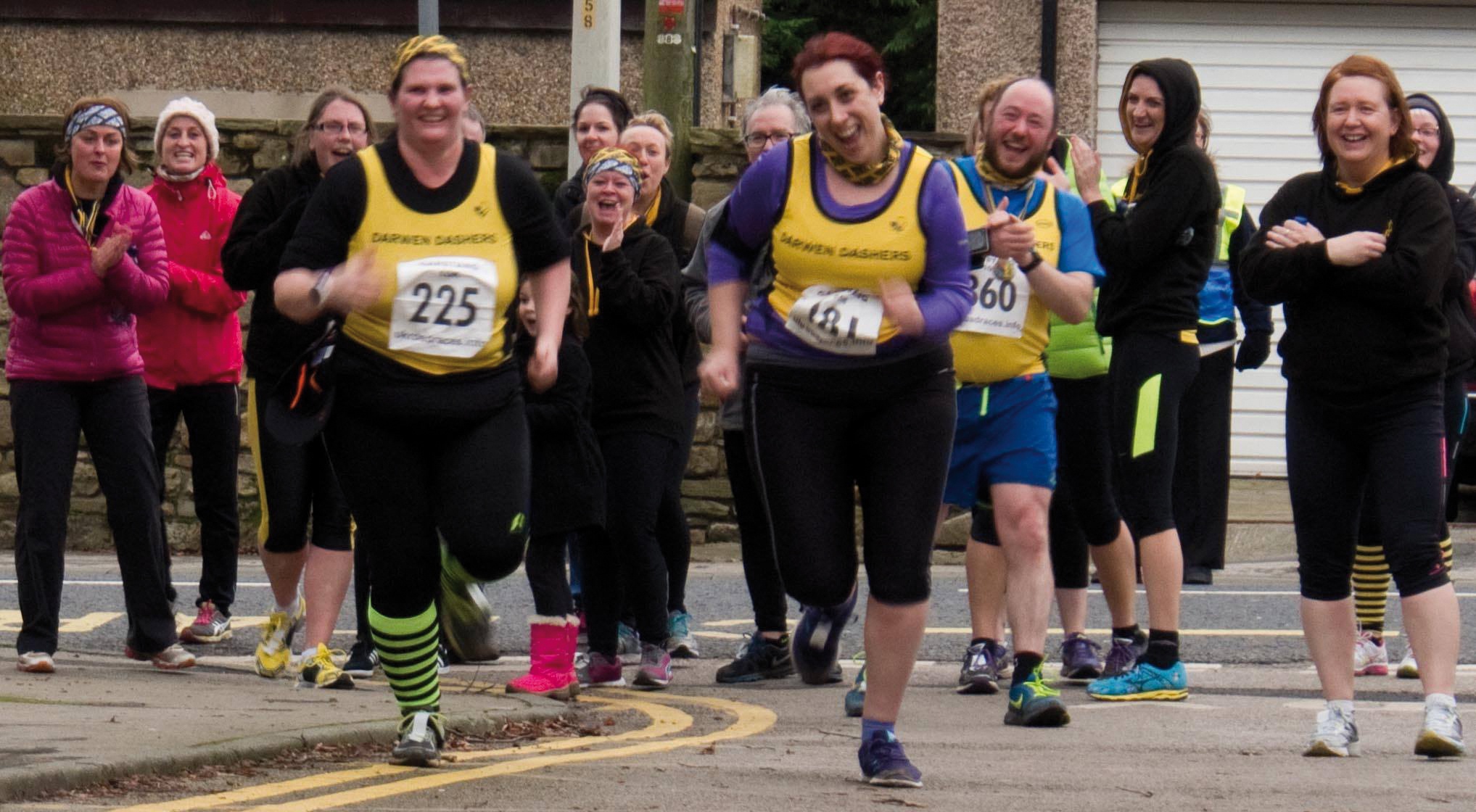 Billing themselves as ‘the finest running club in Darwen. Beyond doubt.’  It’s clear Darwen Dashers aren’t lacking in confidence, or a sense of humour.  Chairman, Jonathan Stubbs, tells us more…

When did the club form?
In 1990 – a group of six guys with a passion for running decided to form a club and it’s grown from there.

How many members?
The numbers go up and down but right now we have about 140 members.

What ages and abilities?

40 and falling.  We don’t have a junior section but family members are welcome. One of the founding member’s grandsons is a member as it happens.  Though he’s 20 years old so definitely not a junior.

We’re a very social club so everyone’s welcome.  We have a beginners group run by six qualified Run England leaders.  They take a ten-week course and at the end of the course the members all take part in a parkrun.  Being able to complete a 5k is a great way to demonstrate the real improvement shown from people, some of whom have never run before.  Most of those runners progress to becoming full members of the club.

Where and when do you meet?
At the Sunnyhurst pub on Tuesdays and Thursdays at 7pm.  Our beginners group meets on a Wednesday at 6:30pm at Darwen Leisure Centre.  Our sessions vary in distance according to ability and we train in various places including Winter Hill, Pendle Hill and the Darwen Moors. Most members also participate in our club championships across the country, but primarily in the North West.  Fell running in Rossendale is popular too.

What big events do you organise?
We have Aggies Staircase on 18 June and David Staff Memorial on 29 November, run in memory of a member who died from an undiagnosed heart defect  The clubs also hosts Tockholes Evening on 2 July.  Finally, this one’s a bit special - Mr Sparkle’s Dark Un.  It’s a head torch race so is held at night and includes a free chip butty afterwards.

What other events are you involved with?
There are several fell races in the area we organise.  Our members also take part in various parkruns.  We have about 80 people doing parkruns regularly, which is a fantastic turnout.  We hold a monthly event where we measure members’ improvement along a route.  The person who’s improved the most - not necessarily the fastest - wins a prize.  You find that those new to the club improve the most, whereas more experienced runners find it tougher to win that particular prize.

We also host something called Guessathon which is good fun.  We choose a destination and route, with each member having to guess how long it will take them to run it.  The person who’s closest to their guess is the winner.  We also take part in cross-country events such as the Red Rose Championships.

Tell me about the club’s magazine

We produce a monthly magazine called the Dash.  It’s available through our website but you can also get a hard copy.  It’s got lots of great details about our races and also features race reports.  We’re always keen to have new runners write reports about our events!

For more information on Darwen Dashers, go to www.dashers.org.uk

Have we missed something? If you know of or operate a running group in the Lancashire area and would like to add it to our list, then get in touch with us here

Services for runners in Lancashire