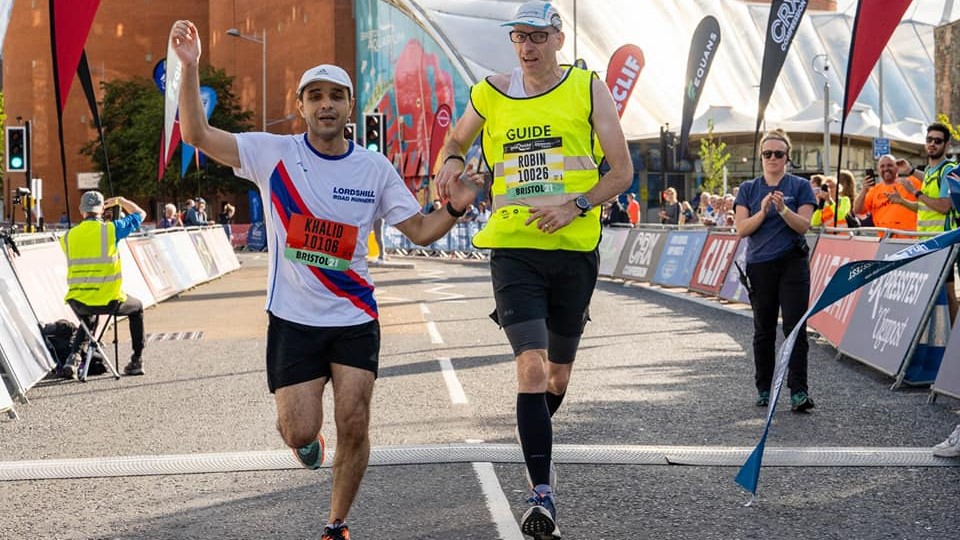 No half measures for 10K competitor who stays strong to win

Omer Ahmed, of Birchfield Harriers, had to channel his inner Forrest Gump to win the Great Bristol Run on Sunday (19 September). The Ethiopian athlete had entered the 10K race, run simultaneously with the Great Bristol Run Half Marathon, when he missed the 10K turn for home at Merchant's Road and continued along Portway on the 13.1-mile route!

Undeterred, he slackened his pace sufficiently to cross the finish line in 1:03:08 and slash 20 seconds off his previous best set when winning the Worcester City Runs Half Marathon in 2019.

The hot favourite for the Great Bristol 10K – with a best of 28:39 for that distance – explained the confusion: "At the beginning, I thought I was doing a 10K. I asked someone when I had reached the sixth mile, 'Is this a 10K', and they said, 'No, it's a half marathon'. After that, I slowed down a bit, so it's amazing that I've set a new personal best!"

It was plain sailing in this great maritime city for Chloe Richardson (Birchfield Harriers, 1:18:18) in the women's race. Victoria Kenny (1:21:02) and W45 Shona Crombie-Hicks (Tewkesbury RC, 1:24:22) had to settle for the podium places.

An innovation this year was the introduction of what is believed to be the first visually impaired (VI) race in the UK held as part of Great Bristol Run 10K, won by Khalid Elkhereiji (pictured above) in 41:30 after passing halfway in 20:39. Each runner was accompanied by a runner with full vision. Bristol's Mayor, Marvin Rees, took part alongside VI competitor, Diane Bentham, of Bitton Road Runners, finishing in 46:57.