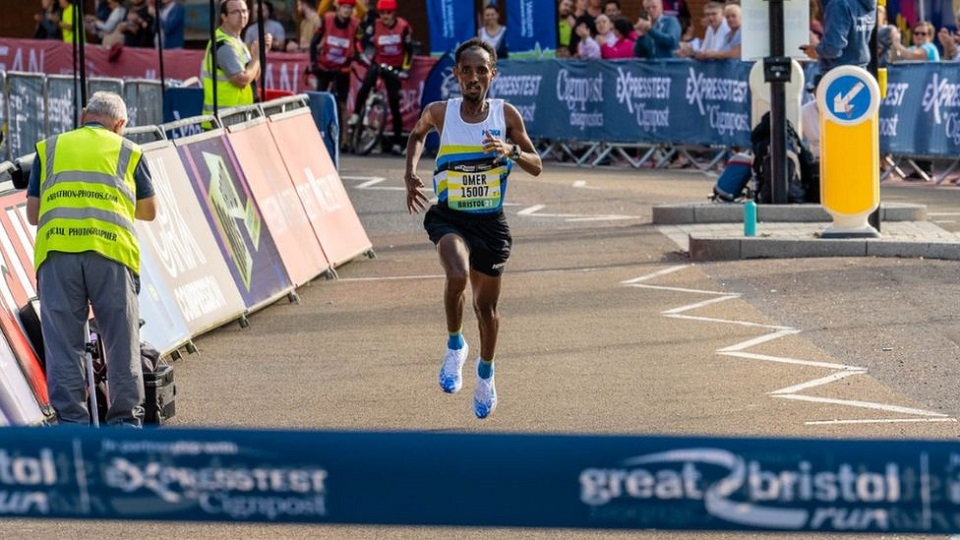 "Rules are rules", so Omar Ahmed is disqualified

When is the first finisher not the winner of the race? When they have entered for the shorter race but go on to 'win' the simultaneously held longer race, apparently.

Omar Ahmed (named Omer on his race number above) lined up for the 2021 Great Bristol Run 10K, normally held in March but combined with Great Bristol Run Half Marathon on Sunday (19 September). He was well clear of the 10,000-strong field when he accidentally followed the longer race route rather than heading for a certain 10K victory.

Having discovered his error, Omar decided to continue and finished the 13.1 miles nearly five minutes before anyone else to be initially acclaimed as the rightful winner of the Great Bristol Run Half Marathon 2021. But rules are rules as a Great Run representative stated and after the inevitable protests the results have been amended and Omer has been disqualified.

Great Run has said that while Mr. Ahmed had put in "an impressive performance", it had received objections from other athletes and a subsequent investigation has taken place, resulting in the disqualification.

Paul Foster, chief executive of The Great Run Company, added: "Rules are rules and in this case, they say we have to disqualify Omar. We salute his performance and he has been invited to take part in the Great Manchester Run (on Sunday 26 September) as an elite athlete. Of course, we also look forward to welcoming him back to Bristol for 2022's Great Bristol Run".

Amazingly, the talented Ethiopian, who represents Birchfield Harriers, had lopped 20 seconds off his previous best to record 1:03:08 (which will not now stand). Tokyo Olympic Marathon representative Chris Thompson (Aldershot, 1:07:53) has been awarded the race victory ahead of local runner Jack Millar (Bristol & West, 1:09:55).