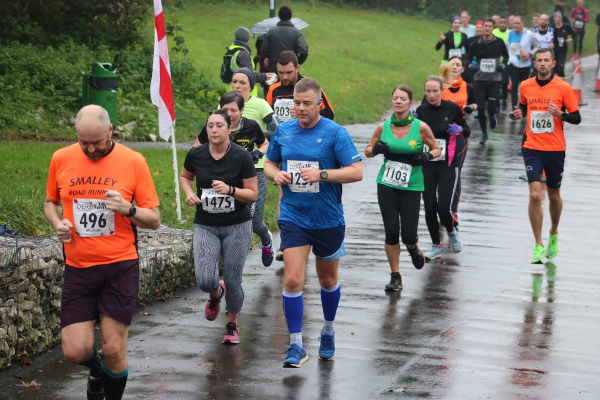 Over 1,600 runners loved it when a plan came together, enabling Sunday’s (17 November) Derby 10 Mile to go ahead despite biblical conditions. The organisers put their sixth contingency course into action and made it happen...

Noah and his ark would have been impressed with the hard work and endeavours of the Derby 10 race organisers (with the help of Derby City Council, Derbyshire County Council and the emergency planning group) to find an alternative route due to flooded roads. They were determined to find a solution to this race-threatening problem.

In the end the fourth Western Power Distribution Derby 10 Mile was a triumph over adversity as concerted efforts by everyone involved resulted in a successful event that was appreciated by all. Part of the RunDerby series this race is usually held on a fast and flat course providing the opportunity for a PB and this was still the case even with the amended route and weather. A team from Northern Pacing Volunteers helped those chasing a target time.

Due to these changes there were 9 staggered start waves with runners allocated to a pen depending upon their race number. They headed off from the Derby Arena along this sixth contingency route that contained several out and back stretches where runners shouted encouragement and/or high fived as they passed each other. Spectators and marshals clapped and cheered them on, remaining cheerful whilst standing in the cold and wet.

Ben Connor of Derby AC was first across the line in 49:42; Natalie Bunce of Holme Pierrepont RC was the winning female in 1:02:37. There were 1623 finishers.

Entries have opened for the 2020 Derby 10 Mile. Fingers crossed for dry weather!