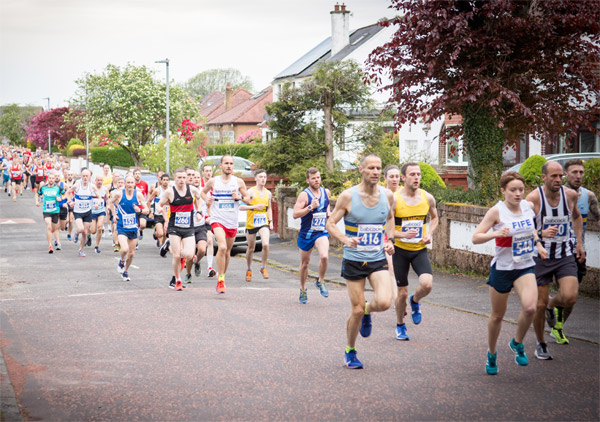 Ladies at the double to defend Babcock 10K series title

Both the 2018 and 2019 Babcock 10k Series ladies' champions have entered the 2020 event, and both are expected to contest the title when the trio of races kicks off next May.

Garscube’s Katie White won all three of the series’ races – Helensburgh, Dumbarton and Shettleston – in 2018. Her fine form continued this year, with a win at the Scottish Half Marathon Championships, held as part of the Great Scottish Run in Glasgow, and a record-smashing victory at October's Loch Ness Marathon.

This year’s Babcock 10K series ladies champion, Annabel Simpson (Fife AC), set a new record with her win in Helensburgh. She took third in Dumbarton behind Fionnuala Ross (Shettleston), as well as second on Glasgow Green, after Ross set course records on each occasion. Simpson won the Scottish 4K Cross Country title last weekend, so is already in fine form.

Series record holder Ross is expected to join the pair, as is the ever-consistent Elspeth Curran (Kilbarchan), who enjoyed three top-three finishes this year.

Defending men’s champion and series record holder Weynay Ghebresilassie (Shettleston) is hoping to go even quicker than this year’s 29.32 in Helensburgh when he was pushed by Inverclyde’s Adam Craig. Craig himself recently ran a superb 28.45 for a third-place finish at the Leeds Abbey Dash.

Almost 300 entries have already been received for the 2020 edition of the popular race series. The ‘Early Bird Discount’ of £10, which reduces the cost of entry to all three races to £35 (affiliated) and £41 (unaffiliated), will continue until the end of November.

Entry to the series includes a specially designed Babcock 10K series technical T-shirt from More Mile, engraved commemorative medals for all finishers in each race and a More Mile goody bag. More than £6,000 in cash and Start Fitness prizes will also be on offer across the series for individuals, teams and age group athletes.