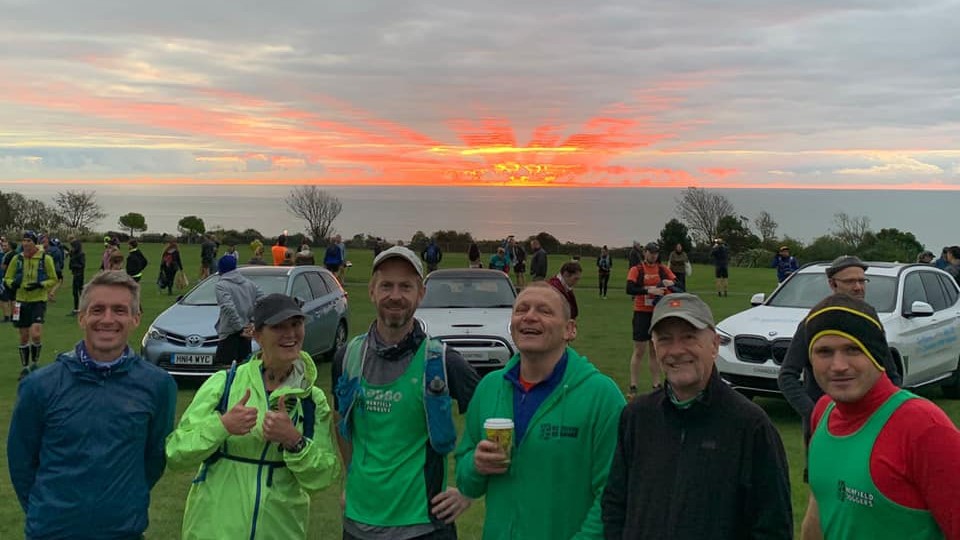 More than 2,000 took on the Seven Sisters

Beachy Head Marathon was one of the few events to have weathered the restrictions of the pandemic last year, with 1,196 finishing the full marathon and 277 running the supporting 10K. That was the yardstick to measure the success of this year's races and with more than 2,000 finishers it was mission accomplished for the VisitEastbourne Events Team in 2021.

Beachy Head Marathon was held on Saturday (23 October) with 1,560 completing the course in just over nine hours – another long day out for the ever-smiling volunteers and officials who make this event one of the bucket list races in the South.

A beautiful sunrise was followed by an 8:00am start and the punishing climb onto the South Downs at the end of stunning King Edward's Parade – the start of 1,318 metres of ascent on the 26.2-mile route mapped out by Eastbourne Council to showcase the beauty of the region, with a few flood mitigation alterations this year.

The course weaves its way through South Downs National Park and reaches halfway just after Borstall Hill. The tranquil silver ribbon of the waters at Cuckmere Haven is a highlight at 30K before Birling Gap and the Seven Sisters dominate the closing stages – this is a course with seven stings in its tail!

The following day it was the turn of the Beachy Head 10K runners to experience the delights of the South Downs. The clifftop route enjoys the same stiff climb at the start, then crosses Long Down to Birling Gap before following the same South Downs Way finish of the marathon.