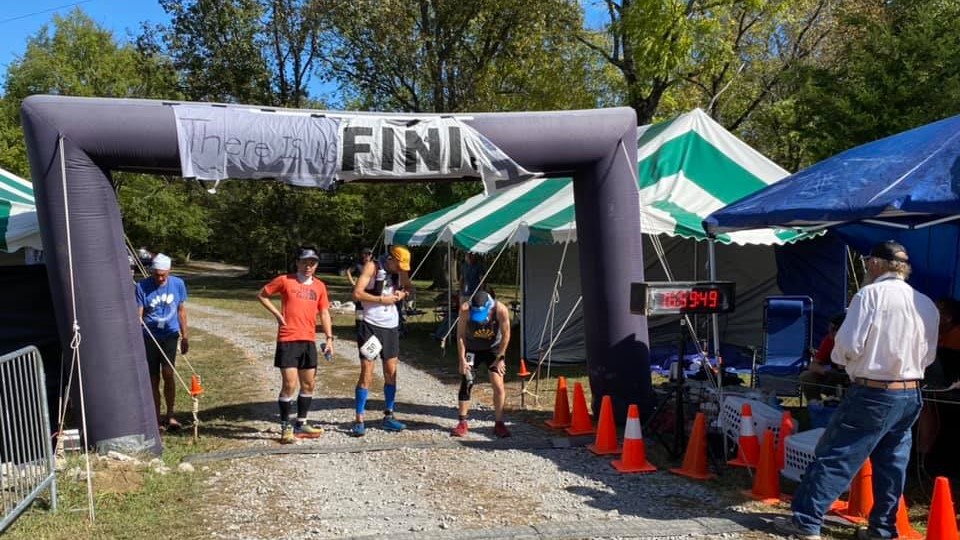 We discovered the Backyard Ultra concept when the inaugural UK event was held in Suffolk between 5-8 June 2021 as reported here in runABC South.

A world-best performance was set four months ago when John Stocker ran continuous 4.167-mile laps every hour for 81 hours for a total distance of 337.51 miles. The previous record was 312.5 miles in 75 hours by Belgian dentist Karel Sabbe set in October last year.

The curious lap distance is explained by the fact that completing just over four miles every hour for 24 hours equates to 100 miles of running – a prodigious feat of endurance for anyone but mere hors d'oeuvres for the 35 starters in Big Dog's Backyard Ultra. We say starters as in this ultimate test of mental and physical capability there is only one finisher – the winner!

Every other competitor is listed in the results as DNF – did not finish – as they are eliminated one by one until there is just one runner standing. The next best runner is known as 'the assist' and that accolade was conferred on this year's champion in 2017 and 2020.

There was no mistake for 45-year-old Harvey Lewis from Ohio in Tennessee this month as he whittled the opposition down to two men after 72 hours – only the third time a Backyard Ultra had entered the fourth day and the first time this had ever happened in Tennessee.

Lewis continued to grind out his four and a bit mile laps with Chris Roberts from Missouri and Japan's Terumuchi Morishita. Lewis and Morishita both suffered falls on lap/hour 81 and the Japanese runner was forced to withdraw from the contest. Roberts unexpectedly sacked just after the start of lap/hour 85 and Lewis was left to finish alone after 354.169 miles and 85 hours of racing – a new world record!

The new champion's best lap was 39:13 and he averaged 50:18 for an actual running time of 71:15:08. His slowest lap of 55:20 shows how close to elimination he came, with less than four minutes rest before having to set off for another lap. Lewis is pictured above (centre) with Morishita (left) and Roberts.

The top woman finishers were Courtney Dauwalter and Maggie Guteri with 42 hours/175 miles. British runner Katie Wright, based in New Zealand, was the sixth female non-finisher on 27 hours/112.5 miles and there were entrants from the USA, Canada, Ireland, Japan, Australia, France, Belarus, Denmark, Ecuador, and Israel. The full results are available here