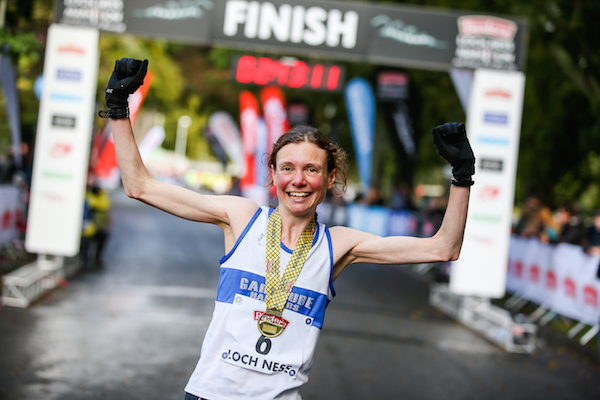 Isaiah Kosgei stormed to an emphatic victory over a record field of 5200 runners to win the 18th Baxters Loch Ness marathon yesterday, finishing more than a mile ahead of his closest challenger (2.29.31).

Leading for almost the entire way, Kosgei passed through the halfway point at 1.11.20, and despite slowing significantly after that, still had more than enough left in the tank to hold off any challengers.

Proudly sporting a Metro Aberdeen vest in tribute to his friends at the North East club who’ve supported him during his visits to Scotland over the past two years, Kosgei said: “Despite all the travel problems (I had in getting to Inverness) I did not give up. I stayed positive because I really wanted to be here to try to win after being fifth in 2017 and third last year.”

Kosgei, who said he was 'grateful' for his win, added: “It was a tough second half but I am so happy as this means so much to me. I am here to raise funds to support children at home who need help with getting access to education. Some of my prize money will be used for that.”

In the women’s division of the event, Katie White smashed the women’s course record when powering to victory in 2.42.04, a time bettered by only five men – and which shaved nearly three minutes off the previous standard of 2.44.50 set by Fife’s Megan Crawford in 2015 in the process.

The Garscube Harrier also showed remarkable powers of recovery after winning the Scottish half marathon title in Glasgow only seven days earlier. White said: “I’m delighted to get the course record and it’s not too far away from my best time, so that’s good. It’s a lovely course. I’ve only ever done the big city marathons so this was very different and I enjoyed it.”

In the women’s division of the River Ness 10K, teenager Megan Keith upset the odds by scoring a shock win over title-holder and three-time previous winner Jenny Bannerman. The European under-18 orienteering champion, who was competing in her first 10K, showed no inhibitions as she blasted off at a fast pace which Bannerman struggled to match.

Keith said: “My aim was to hang on to Jenny for as long as possible and see what happened. So, I stayed with her for the first half and I got a personal best time for 5K, but after that I felt good and pushed on. I struggled a bit after 6k and I don’t think I would have made it had it not been for all the people cheering us on. I am absolutely delighted.”

Scotland international Bannerman, who was runner-up in 35.11, was magnanimous in defeat, saying: “It’s not that I had a bad race, it’s just that Megan had a brilliant race. That performance must put her amongst the top two or three in Britain for her age group. It’s great for her to be doing this at such a young age. I’m sure she’s going to have a great future.”

The Scotland international pulled away in the closing stages to win in 30.31 with Chalmers runner-up in 30.40 and Donald taking third spot in 30.41.

Early Bird Entries for the 2020 Baxters Loch Ness Marathon and Festival of Running are available now, as are full results from yesterday’s races.