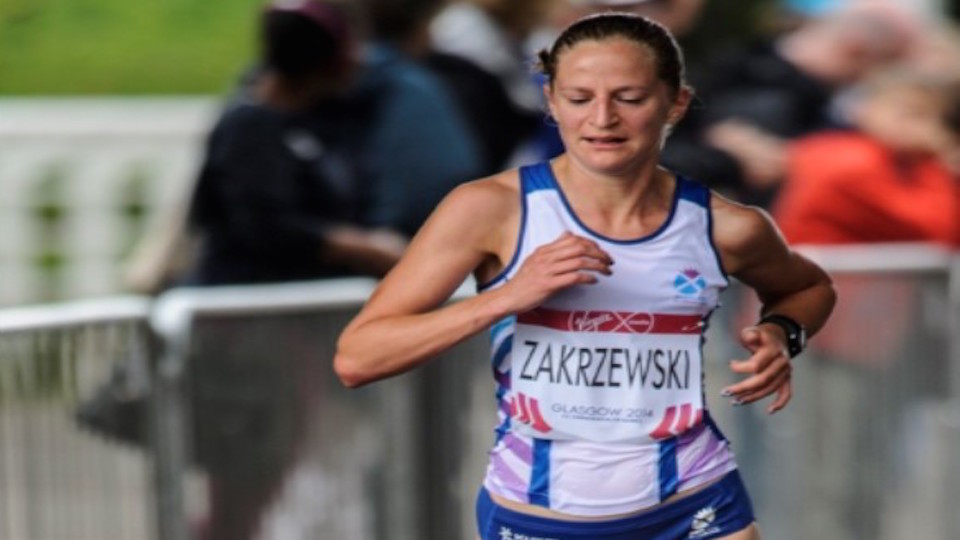 GB and Scotland ultrarunner Joasia Zakrzewski has been reflecting on a year which saw her break four national records ‘by accident’ in one day.

Zakrzewski, who ran the Glasgow Commonwealth Games marathon and a host of other distance championships for Great Britain and Scotland, headed to Australia at the beginning of March for a short holiday.

But life had other plans for the runner, originally from the north of England. Not only was the event she was planning to run  – the 6 Foot Track Ultra Marathon – cancelled because of bushfires and landslides, but her flight home was grounded because of coronavirus.

With no other way back, Zakrzewski returned to Sydney and became what she calls a ‘Corona kid’, ‘sofa surfing and living off her credit card’.

For six months, Zakrzewski said, her life was ‘quite hard’. 'Not sure what to do’ after not being able to go home, Zakrzewski put the time in limbo to good use, doing ‘a bit of running’ on the track in July.

Now, eight months on from her three-week holiday, the scottishathletics Masters Athlete of the Year has settled semi-permanently into working – and running life – in Australia.

Zakrzewski, who was a GP in Dumfries when she left in the spring, said: "I think it’s really important that we [as medics] set a good example for everybody else, stay healthy and keep active. But it’s also important that we have interests outside of work. We’ve got to have a way to switch off, de-stress and think about other things."

As a doctor, she also advises everyone to keep active outside, something perhaps easier to do in her new home than in Scotland. "Another thing in this time of coronavirus is vitamin D. it’s been found to be quite important in preventing the virus, reducing risk of infection and reducing severity of the illness. So getting out in the sun and getting your vitamin D levels up has a double benefit."

Zakrzewski's next challenge will be a race to the highest point on mainland Australia, Mount Kosciuszko, which was named after a Polish-Lithuanian general who served in the US War of Independence.

Given her father’s Polish background, the iconic event means much more than just 240km to Zakrzewski. Her goal is ‘to get to the top’, but she’d ‘actually like to finish the race too’.

She added: "I’d like to get there for my heritage, but I also want to tell people who this amazing guy was. It’s not just a mountain with a weird name, because I know about weird names."

Joasia Zakrzewski was reflecting on her dramatic 2020 on You Tube