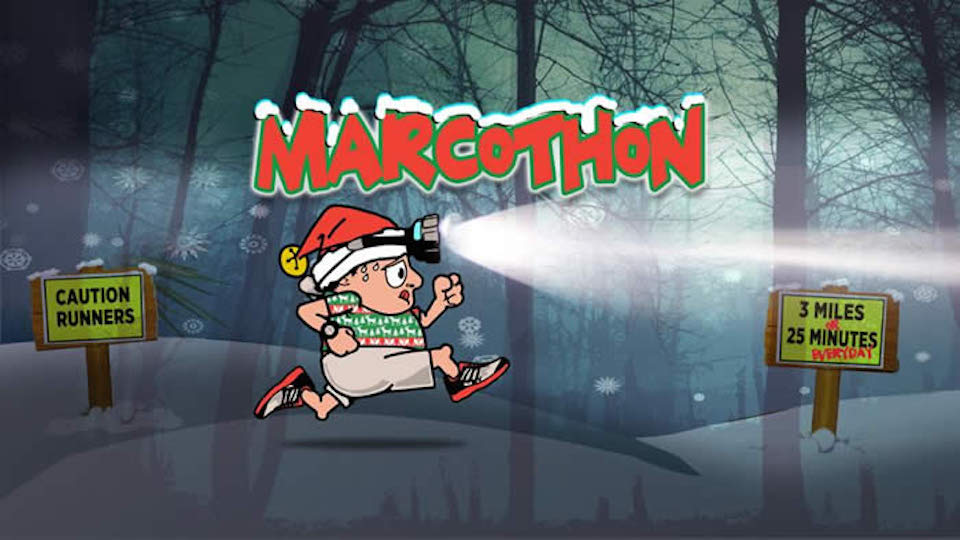 Marcothoners get ready to run down 2020

Just after midnight tonight (Monday, 30 November), the clock will start ticking on the 12th annual Marcothon: a personal challenge to run at least three miles or 25 minutes every day next month, ‘for nothing and no reason whatsoever’.

The basic rules of the challenge are simple: those committing to Marcothon must run every day in December, including Christmas Day. Each run must be a minimum of three miles or 25 minutes long, which ever comes first. There’s no playing catch-up, either; if runners miss a day, they’re out.

Only running – not walking, cycling or any other activity – counts, but pace is not important. Even after a year saturated with ‘personal challenges’ and virtual races, taking on the Marcothon has lost none of its appeal.

In fact, for many, it’s more appealing than ever. One runner setting out on her first Marcothon tomorrow told runABC Scotland online: "Taking on this challenge feels like the best way to end a miserable year on a positive note. The fact that Marcothon was around long before Covid and will continue long after it’s gone makes it feel more like ‘normal life’, rather than yet another virtual race.

Marcothon began in the winter of 2009, when Glasgow-based ultrarunner Marco Consani set about designing a challenge to keep him moving through the dark days. He settled on running at least three miles every day in November, and achieved his goal.

After seeing her husband’s fitness and motivation improve as he worked through the challenge, Consani’s wife Debbie, also an ultrarunner, decided to the do the same the following month – and named the challenge the ‘Marcothon’ in his honour. Word of Marcothon spread. In 2010, the challenge joined Facebook, and quickly attracted more than 500 followers.

In 2011, that same Facebook group boasted more than 2000 members; now, in 2020, it has more than 5000, a Twitter account and over 4000 members in its Strava club. In addition to embracing social media, the challenge has also embraced new ideas generated by its participants, like doing the ‘double’ Marcothon, or 10k each day.

There’s even a Marcothon challenge for kids, set at one mile a day. The challenge has also evolved to take into account current trends in sustainability. This year’s Marcothoners have the option of buying an iron-on transfer, rather than a T-shirt, to sew onto their own running kit.

The popularity of Marcothon around the world is now such that the start of the 2019 challenge saw some runners setting off at midnight to log the event's first miles. There's little doubt that in 2020, just as many runners will be keen on bringing the end of a miserable year that little bit closer as early as possible, too.

Full details of Marcothon 2020 at the challenge Facebook page.