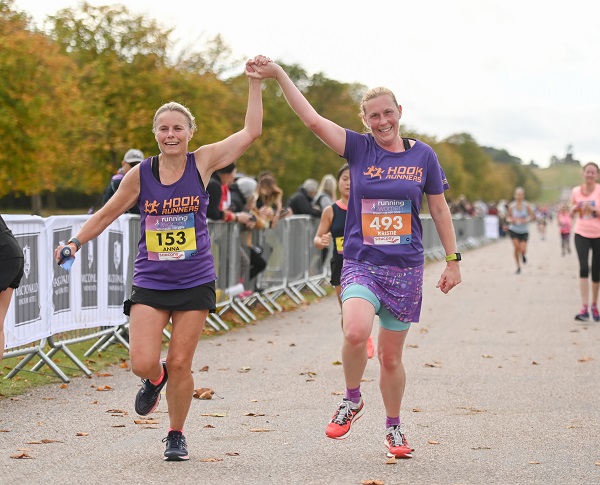 Special guest Jo Pavey (Exeter Harriers) acted as official starter for the 16th Running4Women Windsor Women's 10K last month before joining in and finishing second in 37:50 to Charlotte Taylor-Green (Bristol & West, 35:58). There were a record 1,600 women taking part and best value tickets for the 17th annual race on Saturday 26 September 2020 are available here

Windsor Women’s 10K is open to women of all ages and abilities. The course starts along Long Walk and travels past the Copper Horse, Royal Lodge and Jubilee Statue before finishing on the Long Walk, with Windsor Castle as the spectacular backdrop.

The indefatigable Charlotte Taylor-Green was back in spectacular Windsor Great Park less than 24 hours later to win the women's race in this year's Windsor Half Marathon (1:16:52). There were 3,861 finishers in 3:28:58 in the 37th edition of this massive event and the overall winner was Bristol & West's Daniel Studley (1:07:47). Click here for early bird offer entries for Sunday 27 September 2020.

Windsor Half Marathon allows runners to venture further into the Crown Estate on a testing, scenic and very attractive course that uniquely passes through parts of the Royal Park only open on race day.

Peter Hier, race director said: “We’re excited to open our Early Bird entries for next year’s event and due to the thousands of runners who took to our start line in September, this is a great opportunity to secure your race place ahead of time for what is sure to be an even bigger, better event in 2020! Breathtaking scenery and traffic-free roads make for a wonderful route and whilst there are many flat stretches, there are some hilly sections to make the races a bit more interesting.”