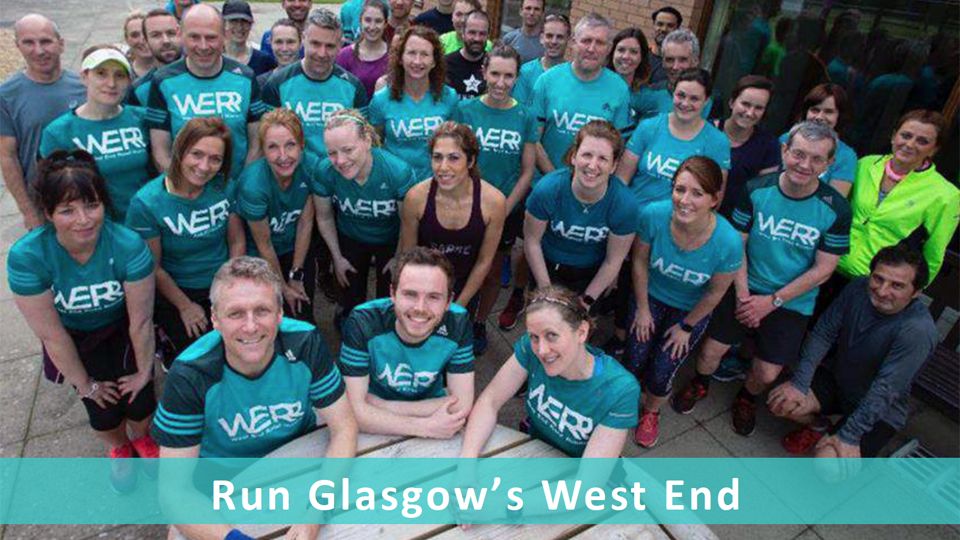 Many Scottish running clubs have been busy with virtual training runs, online meet-ups and social media interaction during lockdown. They've tried in various ways to keep in touch and to maintain members' spirits while encouraging each other to stay motivated and fit.

Glasgow-based West End Road Runners (WERR) has been a particularly active club and one initiative – the Heat Map challenge – saw members map their local runs in an effort to provide blanket coverage of the streets in their area. That project meant many members were attempting new routes while others were honing their tried and trusted runs.

The end result is a comprehensive guide to the best running routes in the west of Glasgow which club members Tracy Longhurst, Jane O'Brien and Graeme Jack have produced in illustrated PDF format. The trio have compiled 30 of the runs undertaken by members and included maps and photographs to add colour to the route descriptions.

The end result is a 55-page compendium which the club think of as their 'lockdown legacy'. Runs are categorised in various ways including waterside routes, landmark runs, hidden gems, 'flat and fast' and 'hilly but rewarding'.

One imaginative WERR even created a route which passed the houses she would consider buying if she won the lottery. More adventurous members headed further afield along the West Highland Way as far as Carbeth and across the Clyde at the Erskine Bridge.

WERR chair Graeme Jack told runABC Scotland online: "This was a brilliant project for the club to get involved in and although it was hard work to bring the information, maps and photographs into one document, it was great fun too."

Graeme added: "Now we're hoping to share 'Run Glasgow's West End' with the wider running community and find out if there is other local interest. We're hoping that people will stump up £5 which we plan to donate to Glasgow NW Foodbank based in Scotstoun."