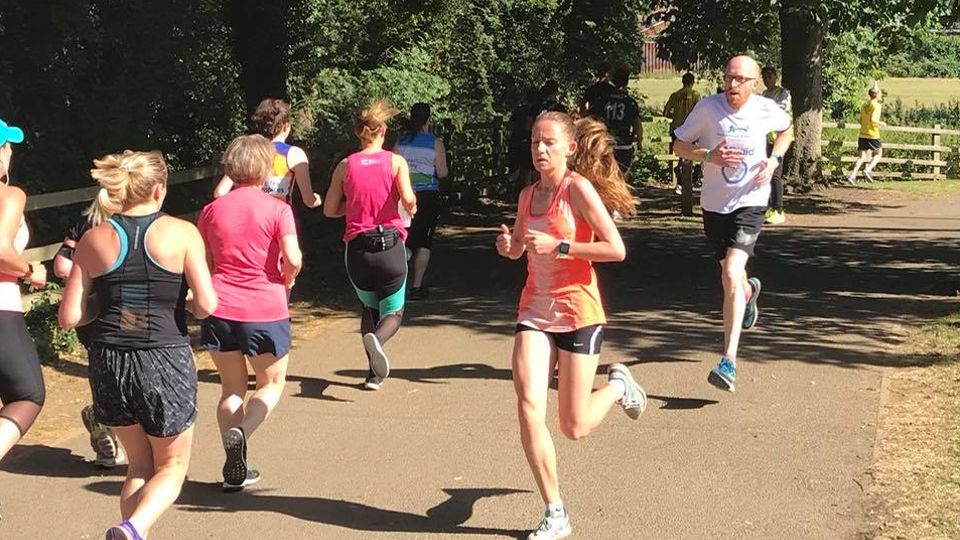 Run two counties – the usual course follows a route in North Northamptonshire and South Leicestershire – and help two charities at the same time in this joint fundraiser organised by Desborough & Rothwell Running Club. Sign up for the Virtual Two Counties event and run it solo or with others whilst adhering to government guidelines.

James Larkin and his core team understood the frustration of their club members who had trained long and hard for races only to see them cancelled as a result of the coronavirus outbreak. Their disappointment was compounded by the difficult decision to cancel the Two Counties Half Marathon, 10K & Relay -  the club’s flagship event for the same reason. Mass participation events are still on hold.

Sympathising with his club mates whilst realising that an alternative was needed for them and other runners who were ready to race, he came up with Plan B or the Virtual Two Counties Half Marathon, 10K & Relay. Every finisher will receive a bespoke medal and goodies and, as this is a virtual event, all profits will be donated to the Motor Neurone Disease Association and Primrose Hospice.

This virtual run is linked to a police fundraiser that James is also part of. He and 350 people including friends, family and police colleagues from around the UK were due to take part in a big event that is likely to be cancelled on behalf of these charities. Many of his fellow fundraisers are now looking to enter his virtual event.

The event will be held from 13 to 20 September. Runners have the option of a Half Marathon, 10K or 3.25K individual relay leg on a course of their own choosing and a time to suit them. This can be done on their own or with a group of friends – while staying safe – and evidence, i.e. Strava, submitted to the organisers. The medal and a buff will be posted out in return.

For more information about the Virtual Two Counties and how to enter, visit the Desborough & Rothwell RC website.