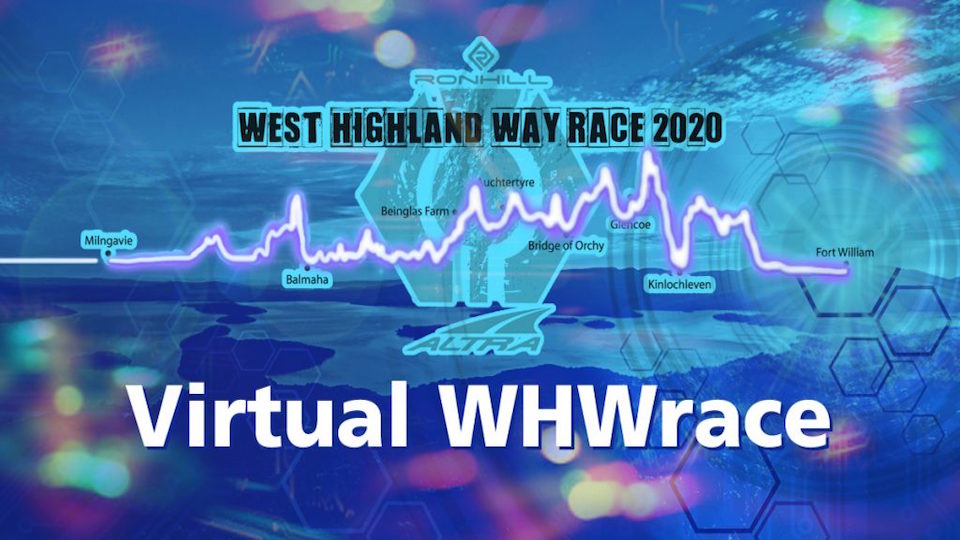 It's one thing to turn an urban 10k into a successful virtual event. It's quite another to do the same with an iconic multi-day event known as much for its sense of community as its challenge

Yet that’s exactly what the volunteer organisers of the first-ever virtual West Highland Way Race – which started at midnight on Thursday 11 June and finished at noon on Sunday, 21 June – have done.

Rather than cancel the event amid the current coronavirus crisis, organisers re-imagined the event, saying, “Running isn’t cancelled; it is just adapting.”

As with many distance events, more runners want to take part in the 'real' WHWRace than can be accommodated. The new ‘virtual’ format gave any runner who wanted it the chance to ‘run, walk or crawl’ the event's 95 mile distance – but not necessarily its 15,000ft of elevation – in a challenging but achievable time of nine and a half days.

As with the ‘real’ event, runners had to make virtual checkpoints and log their miles into the leaderboard after each of the three ‘virtual’ legs, represented by sections of the real course: Milngavie to Inversnaid (36 miles); Inversnaid to Victoria Bridge (27 miles); and Victoria Bridge to Fort William (32 miles).

In the end, over 1000 runners, 200 teams of three and nearly 100 relay teams completed the challenge, with some logging their times from around the world.

Writing on the WHW Race Family’s Facebook page, one runner taking on the challenge in Brisbane, Australia, ‘even managed to get a real-life Lochaber experience on [the] final leg today with it raining the whole way’.

Runners have been universal in their praise for the event, with many solo runners reflecting on how the challenge pushed their minds and bodies to places they had never been before. Others reflected on how the distances involved led them to discover new routes, take on more elevation, rediscover their lockdown-battered motivation or achieve goals they never thought possible for themselves.

Many running clubs, starved of ‘real life’ challenges and competition since the start of lockdown, also made the most of the opportunities the virtual event presented.

Gordon Orr, the club chair, told run ABC Scotland online: “Many of our club members have enjoyed the real race in the past. The elongated nature of this year’s virtual event meant that many more runners who wouldn't manage the full distance in normal circumstances could take part, giving them a chance to participate with the rest of the WHW community. It was fantastic to be see.”

That community – or, as they’re better known, the WHW Family – also played a huge part in the success of their much-loved event, sharing their own progress, success and failures on social media, and offering their support to runners just as likely to be a ‘real life clubmate’ as a stranger half way around the world.

The ‘great community spirit’ felt and appreciated by so many runners over the nine and a half days of the Virtual WHW Race confirmed for many just how special the WHW Family really are.