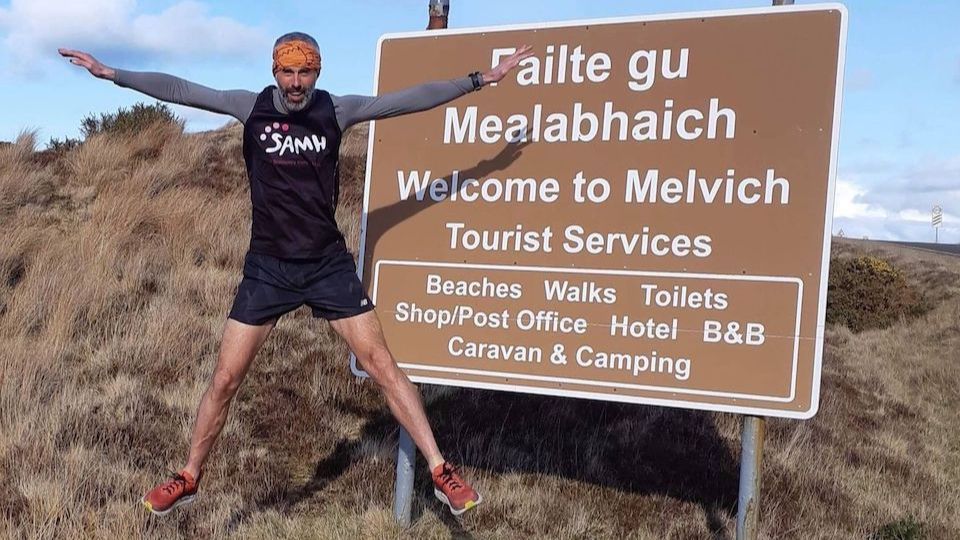 NC500 the route to success for SAMH fundraiser

A charity challenge based on the legendary North Coast 500 route has just raised thousands for the mental health charity SAMH. Organised by endurance coach Sophie Dunnett BEM of Performance Endurance Training, the P.E.T. NC 500 Charity Virtual Challenge saw six teams of 10 tackle the 515 miles of the coastal route virtually over the space of a week.

But the challenge wasn’t just physical. With the route broken down into 42 stages of varying lengths – from 2.6 miles to 21.3 miles – each team had to work out for itself of how, when, where and by whom the legs would be completed.

runABC Scotland online caught up with Dunnett after the challenge ended on Sunday. She told us: “I can’t describe how great the week has been. I couldn’t have imagined how involved the teams would get. There was so much camaraderie both within each team and between the teams themselves.”

The way Dunnett designed the challenge gave her runners total flexibility: many switched around the order of their agreed stages to better suit how they were feeling or to hook up with others they discovered were travelling a similar distance. Some runners did only one stage for their teams; others did just three or four, but with heavy mileage.

She said: “So many runners did extra miles to keep others company on their stages – or even took on extra stages when their teammates picked up niggles.”

Dunnett had initially designed the challenge as a training exercise for some of her own athletes, who needed focus in the absence of regular competition. When she decided to open the event up to other runners, she was unsure whether she’d get more interest billing it as a ‘challenge’ rather than a ‘competition’.

"The aim was very much to push people out of their comfort zones," she explained, "but not discourage runners who thought other teams would be faster."

In the end, six teams rose to – and completed – the challenge: three predominantly from the north with the odd member from further south, two from Ross-shire/Inverness and one from Aberdeenshire.

Dunnett was surprised at just how far the runners pushed themselves. Even with a free choice of routes, the teams chose to take 'not the easiest’: many of the segments featured significant elevation, or large sections which needed to be walked. Some runners even took the week off work, knowing how hard they’d need to push to complete their miles.

“Speed was definitely not the thing,” Dunnett said. “Runners used the challenge as a way to connect with other people and places and to get some headspace. They were very much attuned to the cause of mental health the challenge was designed to support.”

While the challenge was specifically designed to require significant teamwork, some individual efforts stood out for Dunnett – and not just the retained firefighter who answered the call of duty mid-stage. One of her own athletes, Caroline Marwick (Highland Hill Runners) completed a fifth of the ‘Tartan Wifies’ team’s total mileage – just shy of 100 miles – through 5000m of climbing and an interval session thrown in for good measure. Marwick also managed to complete the Ring of Steall on her ‘rest day’.  As you do!

Donna Stewart (North Highland Harriers) also showed great determination, but in a different way. Not able to run in the weeks up to the challenge, she fulfilled her commitment by walking all her stages, for a total of 48 miles.

Reflecting on the week ‘after her legs had forgiven her’, Dunnett was thrilled with how the challenge went – not least because the current fundraising total of nearly £4500 had smashed her original target of £1000.

She said: “I think because the runners were working as a team – and running with others – the virtual event gave them the same rush as a real one. I think it also reignited the love of running in a lot of people, because this wasn’t just about them. It was about raising money and a bigger cause.”

As for the runners themselves, Dunnett couldn’t thank them enough for taking part. “They gave more back to the event than I could have ever imagined.”