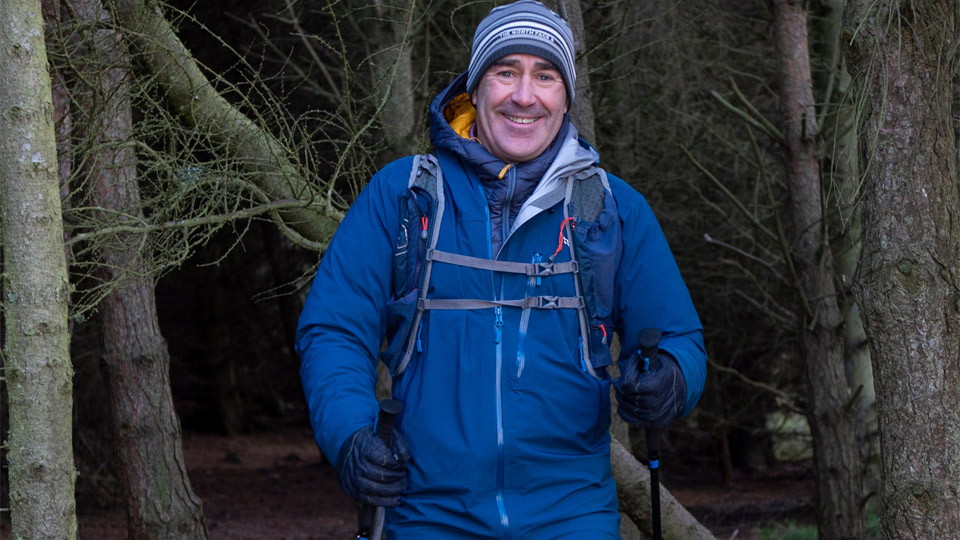 A Borders man is looking for company on his 4-mile circuits in the Glentress Forest as he plans to run non-stop for at least 36 hours - the equivalent of running from Peebles to Aberdeen. Ross Grieve is taking part in Scotland’s Virtual Kiltwalk this weekend (23-25 April) and will be leaving on the hour every hour starting from Buzzard’s Nest car park. He will be easy to track via the Thistle stall at Glentress and regular social media updates.

Ross's own story is a remarkable one. He was diagnosed with a cardiac problem in 2017 after struggling to scale hills around his hometown of Peebles and corrective surgery was carried out in early 2018, just before the dad-of-two’s 50th birthday. Now the charity worker is raising funds for Thistle - where he supports others with long term conditions - to manage their own health and wellbeing.

Ross aims to run a four mile loop in Glentress Forest from 3pm on Friday 23 April until at least Sunday morning, an approximate distance of 140 miles. While he will have wife Jackie and children Katie and Luke on hand to support him on his KiltRun, along with Thistle colleagues, Ross hopes other runners and cyclists in the area will join him for part of his challenge.

The KiltRun isn’t the first long distance challenge Ross has undertaken since his recovery from heart surgery. Just a few months after his operation, Ross had his trainers on once more and emerged as the winner of the gruelling Glenmore 24 Trail Race, a gruelling 24 hour challenge throughout Cairngorm National Park and Scotland’s toughest footrace.

Ross said: "I could never work out what was causing me to be so out of breath during hill climbs - after every hill I had my hands on my knees. Eventually I went to my doctor and it turned I had a racing heart. Having the heart surgery and turning 50 made me even more determined to prove that I wasn't finished.

“When I heard you could walk, run or cycle the Virtual Kiltwalk 2021, I decided to give it a go to raise funds for Thistle, a cause very close to my heart. The work Thistle does to help people struggling with long term health conditions – from veterans dealing with PTSD to young people coping with Long Covid – is more important than ever in these challenging times. I’m going to try to use the skills I’ve learned from the people I support to help get me through this weekend.”

Thistle is an Edinburgh-based health and wellbeing charity supporting people who are struggling with a long-term health condition or challenging life situation to regain control and live well.  Founded in 1944 to provide support for disabled ex-servicemen returning from WW2, Thistle continues to offer a dedicated veterans support service today.

Find out more about Thistle at the charity website.

You can support Ross Grieve's fundraising efforts at Just Giving. All funds raised for Thistle by his fundraising will be topped up by 50% by Sir Tom Hunter and the Hunter Foundation.