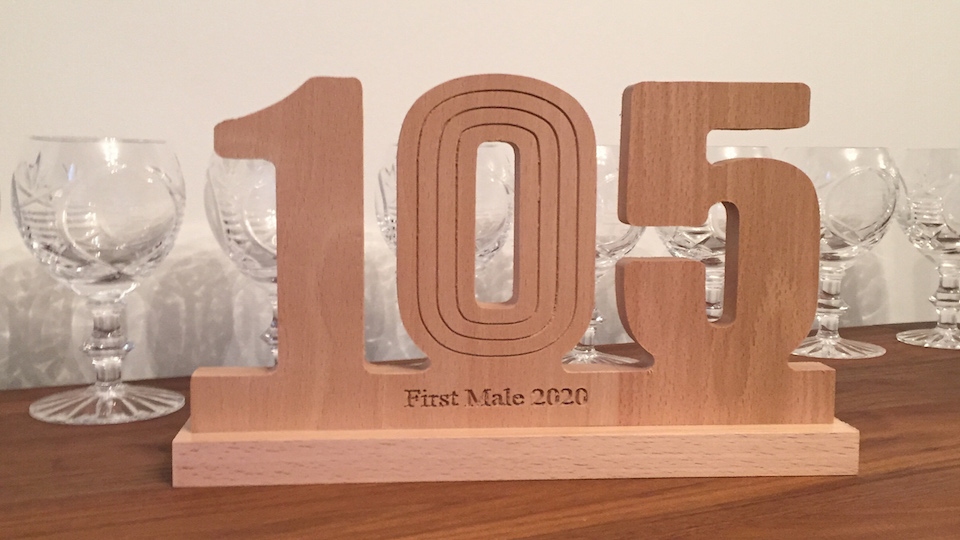 Originally scheduled for this March and postponed for obvious reasons, the first ever ‘105 Track Marathon’ will now be held on Saturday, 27 March 2021, at The John Wright Sports Centre, East Kilbride.

Race director Craig Hamilton came up with the idea for the event. He told runABC Scotland online: “After turning 50 and running lots of ultras, I decided to challenge myself to run a sub-3:00 road marathon. I targeted Lausanne Marathon and incorporated some track sessions into my training.”

As a member of Strathaven Striders, a club with a strong event organisation background, those sessions got him thinking. He explained: “All our club races – the 5k, 10k, half marathon, 40 mile and relays – cover the same ground, and touch on the same routes round the village.

“The one thing we didn’t have was a marathon, but we didn’t want to ask marshals to hang around in the same places yet again. So, I thought, why not have one on the track?”

Hamilton soon discovered that there were even more advantages to running 26.2 in circles: only 10 marshals would be needed for the whole event and the track itself would only cost them £35 an hour to rent. Even better, their main sponsor, Achilles Heel, really liked the idea.

“It just ticked so many boxes. We had the whole thing up and running in a week,” he added.

Once launched, entries started flying as fast as some of the runners. Hamilton explained: “Our plan was to keep the event quite small and grassroots in the first year. We weren’t sure how many entries we would get, but we sold out all 50 places, and probably could have sold more than 100.”

“We had folk on the start list who we knew were expecting to complete the 105 laps in 2:30, 2:35. Those super fast guys like Grant MacDonald, who were planning to use the event as training for an upcoming 100-mile track event, would be done in a few hours, leaving the track free until the five and a half hour time limit for the others.”

As far as Hamilton is aware, most of the runners who signed up to the postponed event will be taking on the challenge next March.

“Our oldest entrant is 69. Her daughter will be running the race too, and her grandson will be in the kids’ event too. It’ll be a fantastic mix.”

Limited places still remain for anyone else fancying the challenge.

When runABC Scotland online asked Hamilton what it’s like to run a track marathon, he laughed and confessed, “I don’t know. I haven’t run one yet!”

So far, the furthest Hamilton himself has done on the track is 20 miles, but, he assured us, “It’s amazing how quickly it flies by.”

To prepare your body and mind for 105 laps, Hamilton, a scottishathletics coach, suggests heading down to your local track – in accordance with whatever social distancing/exercise restrictions might be in place – and starting to race shorter distances, like a 10k or a half marathon.

When we suggested to Hamilton that a lot of runners were afraid of the track, he agreed, but added: “When I take runners down to one, they’re amazed, and say, ‘Wow, that’s what it’s like to run a ‘real mile’.

“The 105 Track Marathon is certainly different kind of event. It’s unique, but I think it will catch on.”

Image: One of the handmade trophies awaiting the winners, made by Strathaven-based The Baldy Carpenter