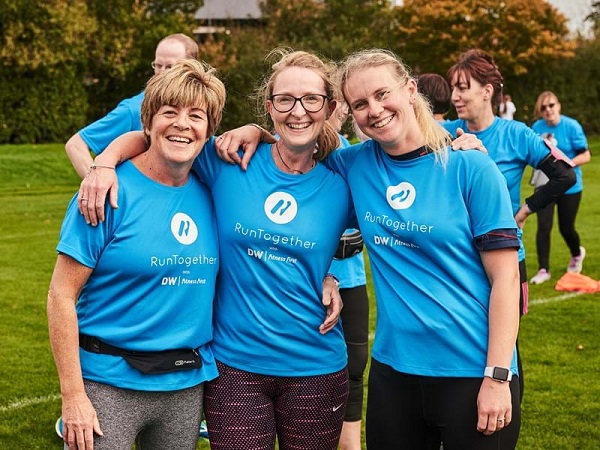 Time to Run & Talk and take care of each other

The ever expanding RunTogether network has announced plans to increase participant numbers, alongside programmes to support Time to Talk Day on Thursday (7 February).

RunTogether is the national network of social running groups supported by England Athletics. The current numbers of 91,638 active runners and 2,141 registered groups (as at 5 February) are pretty impressive for a programme that is still in its relative infancy but RunTogether has just announced ambitious plans to grow these figures with a goal of 10,000 new runners this spring – crashing through the 100,000 barrier on the way!

The recruitment campaign has been styled as BeTheBestYou, with the aim of helping more people than ever to be active, healthy and happy and ultimately be the 'best versions of ourselves'.

Physical activity has long been recognised as having beneficial effects, such as reducing stress and promoting health and well-being and running, particularly within a supportive group, is known to be a star performer in this field.

That is why, along with increasing participant numbers and improving access to local running groups, RunTogether is actively promoting their Run&Talk programme, with support from mental health charity Mind.

The ultimate aim is to have a Mental Health Champion in every England Athletics affiliated club and RunTogether group in England, so that anyone experiencing mental health problems can access the benefits of running in a fully supported way.