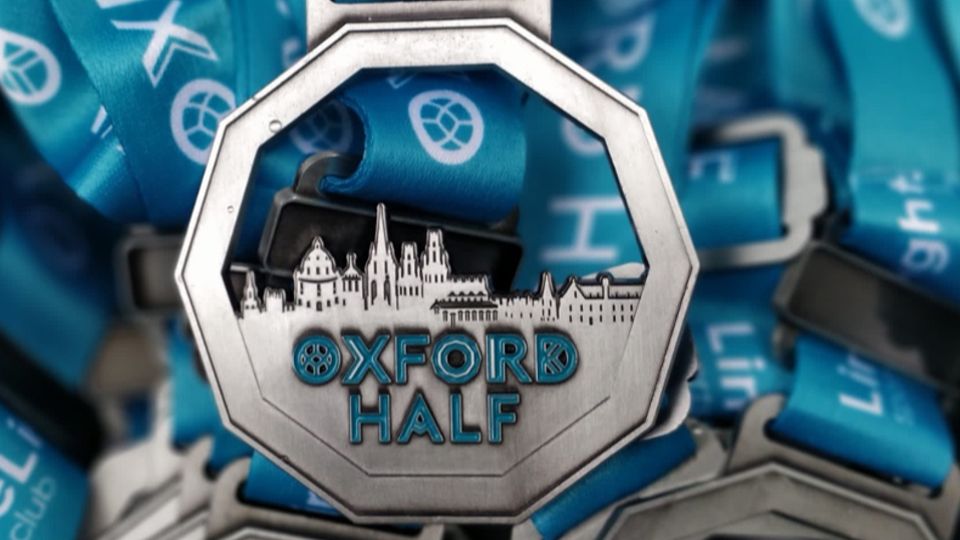 Thousands of runners welcomed back at Oxford Half

Large turnout for the 10th outing of this event.

More than a few runners graduated with PB’s at the Oxford Half Marathon (Sunday 17 October) as they took advantage of the fast and flat course. The lack of hills was particularly appreciated by two men running with washing machines on their back for Support for Sick Newborns and their Parents (SSNAP).

The city of the world famous university played host again to the Virgin Sport Oxford Half Marathon, one of several events from LimeLight Sports Club. This notable location saw people of all ages and abilities put their best foot forward whether it was their first attempt at the distance, targeting a specific time or running for a charity. They all realised they had missed the atmosphere and camaraderie during the last 19 months of the pandemic.

Starting from Broad Street in the city centre, runners continued through Old Marston, past various colleges and buildings before finishing in University Parks. There was no shortage of support along the way that was appreciated by the runners, keeping them going whilst adding to their positive experience of the event.

There were runners in fancy dress and if wearing a costume wasn’t hard enough, two male runners completed the distance whilst carrying washing machines as part of a team on behalf of SSNAP. It must have been a case of ‘rinse and repeat’ as they ticked off the miles until they crossed the line, weary, aching and proud of their achievement.

A full set of results can be viewed via the RunABC Midlands Race Listings page.

Finishers proudly showed off their medals and rehydrated with a Budweiser Zero alcohol-free beer.