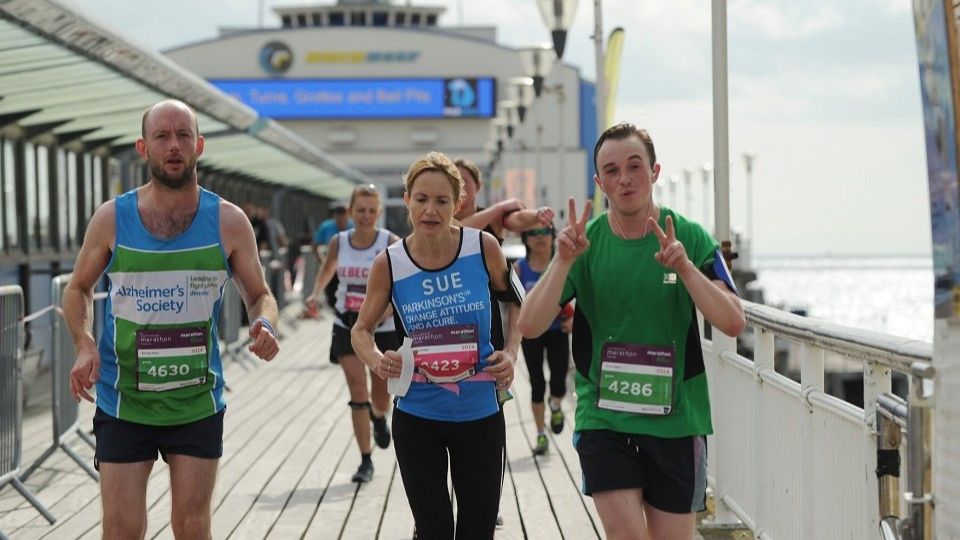 Running as it should be – and used to be!

Run Bournemouth's enduring strapline is: "Running as it should be". This weekend sees the return, after a year's absence due to you know what, of running as it used to be in the Dorset spa resort town at the mouth of the River Bourne.

The Run Bournemouth programme, organised by GSI Events, has been slimmed down with the marathon dropped and Bournemouth Half Marathon – on a spectacular clifftop course between Hengistbury Head and Lower Gardens, Bournemouth – being the longest event.

The 2019 champions were James Hoad (Thames Hare & Hounds, 1:09:45) and W35 Sophie Delderfield (Vale of Aylesbury, (1:21:11) and there were 3,768 finishers. Bournemouth Half Marathon concludes matters on Sunday (10 October) but there is a lot of racing to get through before the flagship event takes centre stage.

Sunday morning also sees the popular Supersonic 10K taking place on the seafront, with unique opportunities to race up and down both Bournemouth and Boscombe Piers. The winners in 2019 were Andrew Chambers (Bristol & West, 31:29) and Bethan Francis (Avon Valley, 38:37) from a field of 2,154 finishers.

Saturday afternoon and evening sees two 5K races taking place. Supersonic 5K in the early afternoon is on a flat, fast Promenade course and Supernova 5K starts at dusk, takes in Bournemouth Pier and has an emphasis on the light around the beautiful coastal route.

More than 10,000 people took part in the last Run Bournemouth weekend two years ago and with all 2020 entrants having been offered a transfer to the 2021 events it really should be back to running as it used to be, with even the weather playing ball (sunny intervals, gentle breeze, maximum 19C).

At the time of preparing this preview, Bournemouth Half Marathon had reached capacity but there were late entries available for the other events. Check at the Run Bournemouth website