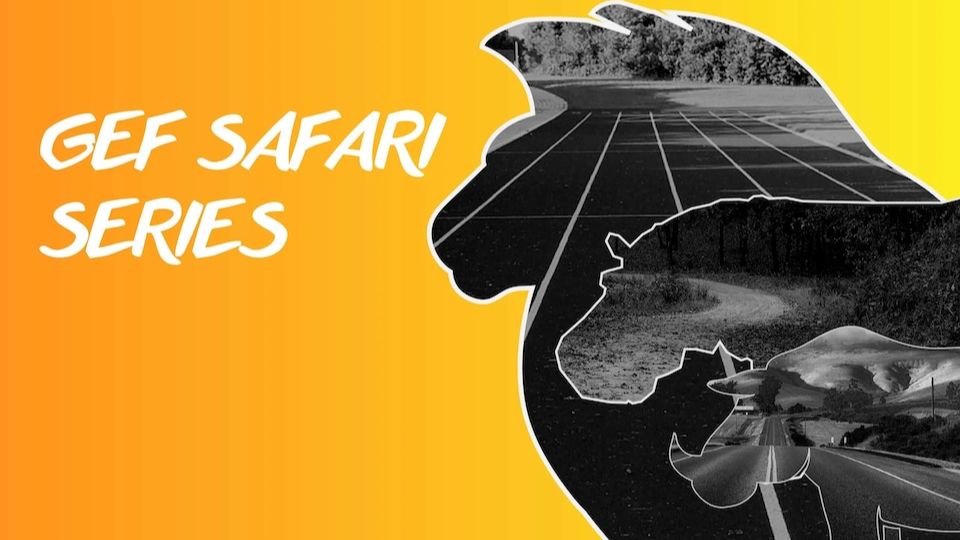 The GEF Safari Series kicks off on Sunday, October 17 with Mel's Mile, a track mile at Aberdeen Sports Village. The event is named after Mel Edwards, Scottish running legend and father of GEF co-founder Myles, who passed away in November 2019.

The second race of the series will be the Hazlehead 5K on Sunday, November 14, following the same course as the parkrun. Half the funds raised from the event will be donated to the park’s charity, the Friends of Hazlehead.

The final race of the series will be the Prime Four 3K on Sunday December 5: a fast and flat 3K road course at the Prime Four Business Park in Kingswells.

The minimum age to enter the Hazlehead 5K is 11, but children of any age can enter the Prime Four 3K and Mel’s Mile events. Under 11s who want to earn the whole set of medals can run the 5K virtually if they wish.

To keep runners coming back for more, the charity plans to organise the series each year, with each race continuing to offer finishers a different medal inspired by one of the animals they might see while on safari in Kenya's famous Maasai Mara game reserve.

Like many charities, GEF could only raise money through virtual challenges over lockdown. Participants in their Scotland to Kenya challenge in February raised £4,584 by collectively running, walking and cycling the 10,945K distance between the two countries in 28 days. The funds raised were spent on food packages, blankets, beds and more for children and families in Kenya. Their Journey to School challenge in August highlighted how many kids in Kenya must walk around 10K a day just to attend school, and raised £3,234 for for school shoes, bags, uniforms and fees.

GEF’s Charity Development Executive Kayleigh Paterson told runABC Scotland, "It’s really exciting to return to in-person events after such a long time away. Nothing beats seeing our lovely supporters, as well as welcoming new faces to our events. It also feels so fitting to us to start our return of running events at the Aberdeen Sports Village where our two founders first met in 2009.”

Entries to the series are by donation and can be made through the charity’s website.

Entry forms and payments for Mel's Mile must be submitted by 5pm this Friday, October 8 via email to info@gathimbaedwardsfoundation.org