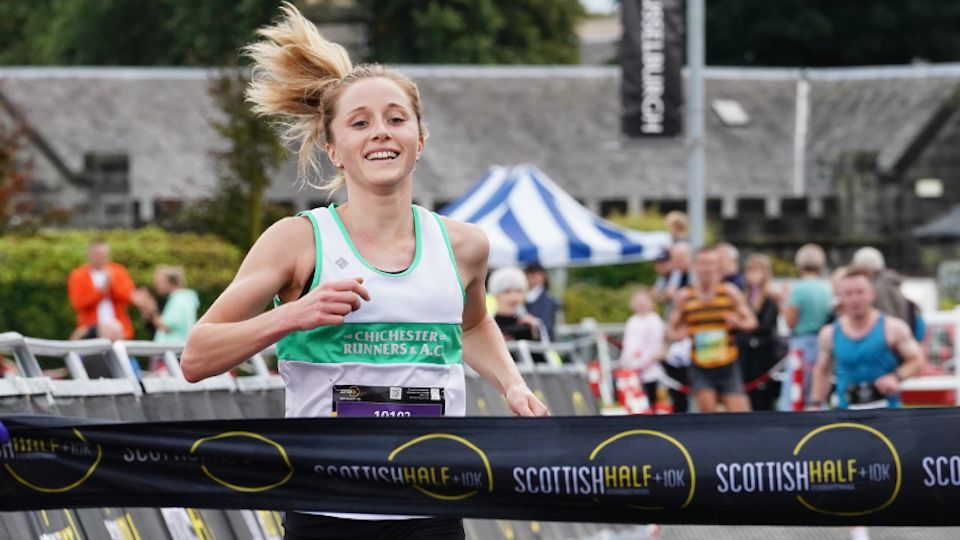 New records set at Scottish Half Marathon and 10K

Thousands of runners headed to East Lothian’s ‘Golf Coast’ on Sunday to take on the Scottish Half Marathon and 10K – with a few of them breaking records in the process.

One of those setting new marks was 47-year-old former Royal Marine Collin Harrison. He signed up for the Half – and his attempt at breaking the world record for running a half marathon while carrying at least 100lbs – at the recommendation of his Edinburgh based best friend.

But breaking the record – and raising funds for the Royal Marines Charity and Children with Cancer UK – wasn’t the only thing that motivated Harrison. “I decided to go for it as I believed that it was a good way of proving to the Royal Marines that age is not a barrier to someone's level of fitness, and should not be used as such.”

Despite his fitness and experience, training for such a challenge wasn’t easy. “Being a former Royal Marine I have experience of carrying heavy loads on my back for long periods of time, however the stop/start nature of my training because of the lockdowns and cancellations has made this very difficult over the last two years.”

In the end, Harrison smashed the world record (3.16.36) on the fast and flat Musselburgh course by just under an hour and a quarter, coming home in 2.11.38.

Records of a different kind were broken in the Scottish 10K, with Shettleston Harrier Peter Avent (30.31) and Beth Garlan (Chichester Runners, 36.08) both setting new course marks for the distance.

Early-bird entries are open now for the 2022 Scottish Half Marathon and 10K (Sunday 18 September) until Sunday, 3 October.

Full results for the Scottish Half Marathon and 10K are available via runABC Scotland's premier race lisitng..