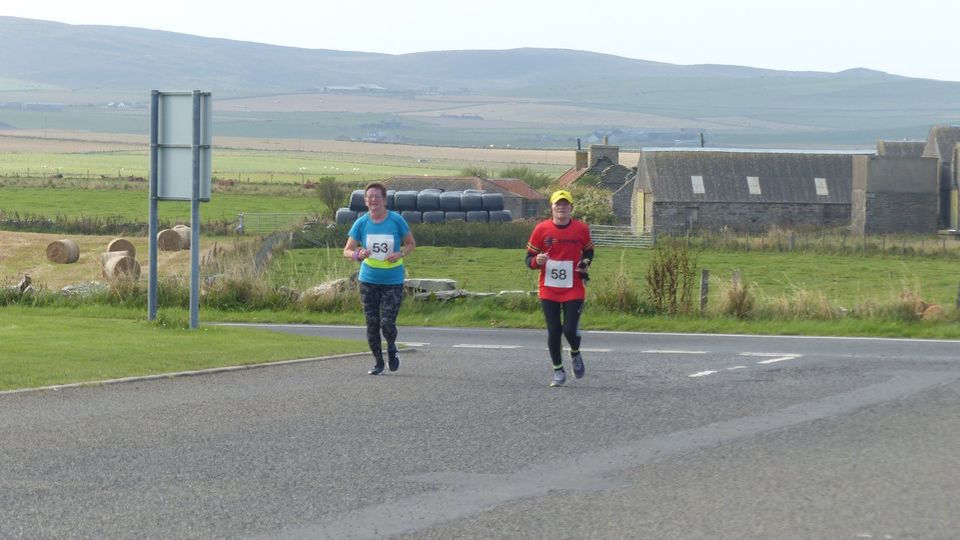 The current spike in coronavirus cases and restrictions across the UK is currently wreaking havoc with the autumn events calendar, but Sunday’s (27 September) sell-out Dounby 10K in Orkney went ahead as planned for those lucky enough to get a place.

The race, organised by Orkney Athletics Club, traditionally completes the club’s annual series of 10K events, which includes the Kirkwall 10K and Stromness 10K, both of which were cancelled this year.

The route itself was straightforward, being a ‘fairly flat’ out-and-back loop from the community school in Dounby, north west of Kirkwall.

The 58 runners who started the COVID-compliant race – limited to 60 entries – headed out in two waves.

Unsurprisingly given the current restrictions, Orkney runners dominated the start list as well as the podium.

Runners praised the event and the organising club on social media. One runner admitted feeling a bit ‘unprepared’ for racing when the event was announced, but ‘everyone was so encouraging, [the race] had a great atmosphere’.

If other runners felt similarly ‘unprepared’ it wasn’t obvious from the great times and ‘lots of PBs’ recorded.