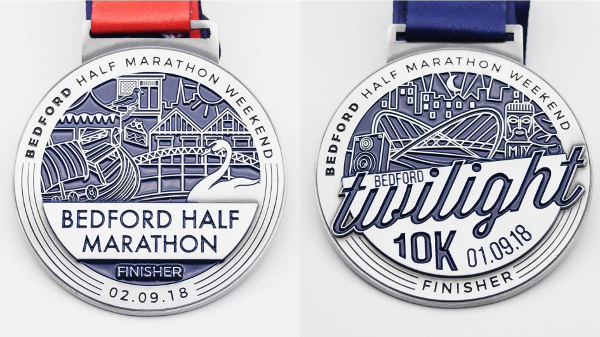 Raving about Bedford Half Marathon weekend

The inaugural Twilight 10K kicked off the festivities at the Bedford Half Marathon weekend (1-2-September). It was turn up, run in and party on in sunny Bedfordshire.

Red, white and blue bunting, live music, street food and blue skies all contributed to a festival atmosphere at this two day running event. Held at Priory Country Park, Bedford, there was something for everyone from the Mini Miles for children through to the 10K and Half Marathon for adults.

It all began on Saturday with street food, music and on stage entertainment followed by a DJ-led warm up. This prepared runners for a new addition to the schedule, the Twilight 10K which started at 17.30pm; designed for anyone looking for the next step towards a half marathon on a flat, scenic course in a fun environment.

Oliver Saville of Bedford & County AC won the Twilight 10K in 34:06. Genci Pepaj of Redway Runners was second in 34:13 with Nathan Jones of Higham Harriers AC third in 35:40. There was another first place for Bedford & County AC, this time in the women’s race as Alice Burgin raced to a win in 36:41. Molly Browne of BRAT came second in 37:34 followed by Georgia Wood of Bournemouth AC in 38:20.

A distinctive medal, tech T-shirt and post-race party delivered an unforgettable running experience for everyone involved.