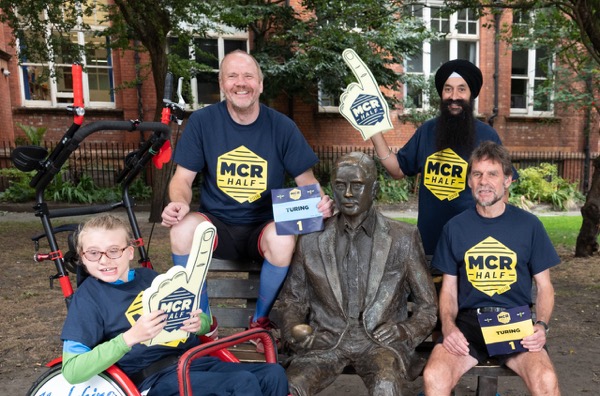 The Manchester Half Marathon has announced its intention to become the UK’s most inclusive mass participation event. To achieve this organisers want to ensure that this year’s field reflects the range of backgrounds and cultures that make up all of Manchester on race day - Sunday 14 October.

To develop and achieve this, the event is recruiting a team of volunteers for an innovative inclusivity panel, which will include Stephan & Chloe Couture, Barinderjit Cheema and Brian Goulden.

Stephan Couture competed in last year’s half marathon with his daughter Chloe, who suffers from cerebral palsy and visual impairment. Barinderjit, whose running name is 'Usingh Bolt', completed the ASICS Manchester Marathon last year and is keen to show how other aspiring runners from similar backgrounds can be better represented.

Representing the older running community is Brian Goulden, one of the longest serving members of Sale Harriers running club in Manchester. Brian has been running for over 58 years, and at the age of 71 has a wealth of knowledge in athletics to share with the panel.

Nick added: “It’s for this reason we are setting up an inclusivity panel. We want the public to know that there are no barriers to entering the Manchester Half Marathon, and no barriers to taking part.”