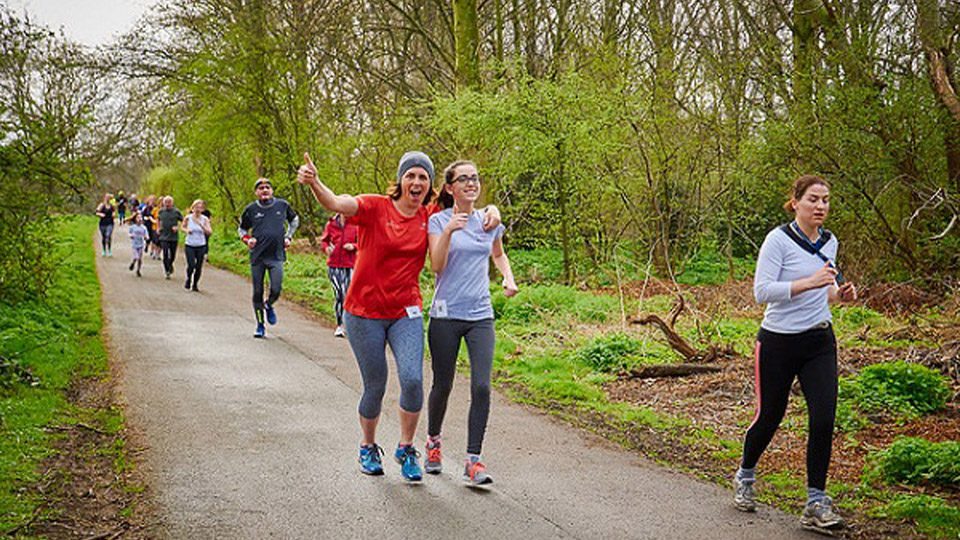 An emotional Tom Williams could barely speak when he was asked on parkrun's Free Weekly Timed podcast by host Vasos Alexander where he would be on Saturday 5 June. parkrun's Chief Operating Officer had just given details of plans for the return of parkrun in England in early summer and was clearly affected by the news he had just announced.

Talking to Vasos Alexander on this week's Free Weekly Timed podcast released this morning (Friday 26 February) Tom Williams outlined plans for parkrun's return across England as part of the Step 4 phase of the Government's recently announced exit from lockdown.

junior parkrun will be first to emerge from a year-long shutdown with Sunday 11 April earmarked as comeback Sunday. Initially the event will be restricted to the 4-10 age group to avoid a mass exodus of the 11-14 year olds who are also registered with the main event version.

11 April is just six weeks away so excitement will be mounting for junior parkrun organisers and participants. Tom Williams indicated that junior parkrun was less likely to be impacted by tourism and could be re-introduced in a phased way which meant more scope for an earlier comeback date.

The big news however was that the main Saturday parkrun event is scheduled to return on 5 June in England and at all event venues. This parkrun timescale is in line with Step 4 of the exit from lockdown.

It would have been possible to consider an earlier return but the proposed June date reflects that large public gatherings in April or May might be viewed with concern by the public. Tom Williams explained that parkrun's decision to announce the 5 June return date was to 'lift people's spirits' and to give them hope at a difficult time.

You can hear Tom Williams talking to Vasos Alexander and giving full details of both junior parkrun and Saturday parkrun's return at the FreeWeeklyTimed.com

Tom William's plans for Saturday 5 June are to "volunteer and stay local." He expects to be at Harrogate cheering on parkrun's inimitable band of devotees on that day and looking forward to brighter days for parkrunners across England and around the world.