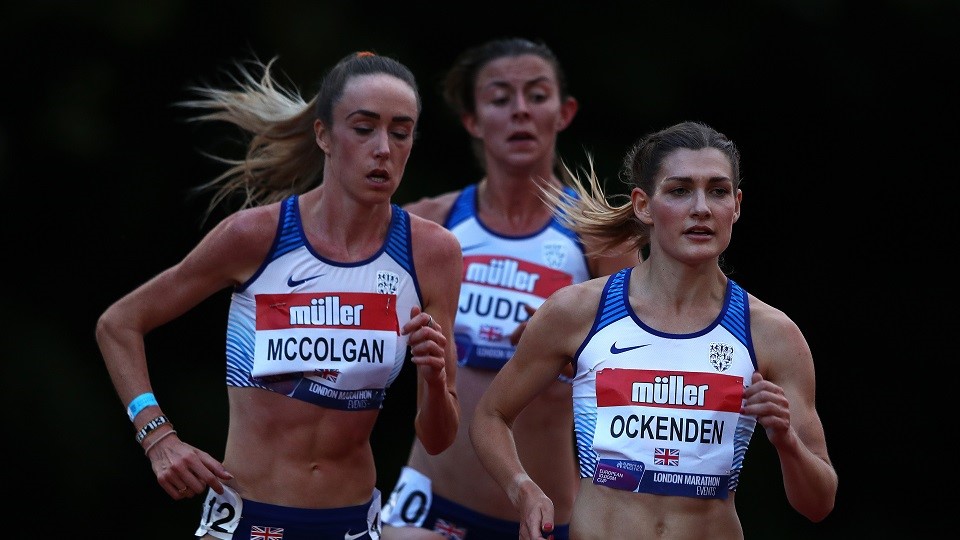 Countdown to Tokyo starts on Friday

Athletics fans will be glued to the 22 hours of live coverage of the crucial Müller British Athletics Championships and Olympic Trials at Manchester Regional Arena this weekend.

Despite the significance of the national championships in this postponed Olympic year, there will be no mainstream TV coverage, so aficionados like your runABC correspondents will be tuning in to British Athletics' live streaming service and following the events timetable here

The middle and long-distance events will be undoubted highlights for our readers and not just the last gasp attempt by Sir Mo Farah to achieve the Olympic qualifying time (27:28.00) in the hastily arranged invitation 10,000m at 9:35pm on Friday night (25 June).

The men's 800m could be the race of the weekend as standards have rocketed recently, led by Oliver Dustin's 1:43.82 in Nice earlier this month – now ranked sixth all-time in the UK. Yet 20-year-old Dustin will face intense pressure for one of the top two places that guarantee a seat on the flight to Tokyo from sub-1:45 performers Jamie Webb, Elliot Giles and Daniel Rowden.

The tight programme makes an 800m/1500m double all but impossible, so some difficult choices may have to be made as Muir (3:55.59) is the favourite for the longer race, where Eilish McColgan and Katie Snowden are also inside the Olympic standard (4:04.20) this year.

The 5000m finals should see both favourites clinch selection. Marc Scott (13:05.13) is easily the fastest on paper in the men's race but Andrew Butchart will be keen to join him in a potential double with the 10,000m in Tokyo.

Eilish McColgan (14:52.44) is an equally dominant force in the women's 5000m, as the only athlete under 15 minutes this year, but she will need to draw on all her tactical nous to secure a top-two place, with three others inside the 15:10 Olympic standard including Verity Ockenden and Jessica Judd (pictured above courtesy British Athletics).