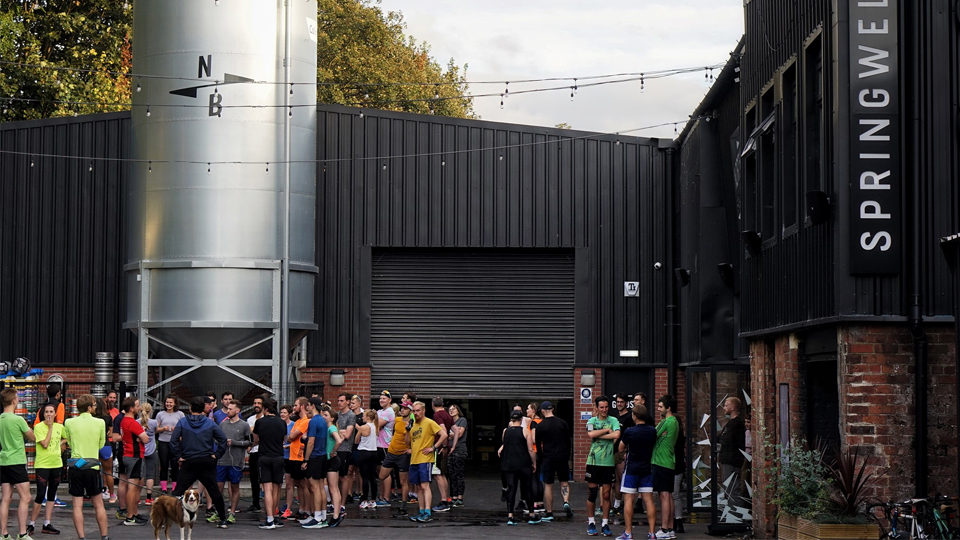 Putting the PB Into Pub!

A run with friends followed by a social pint? We find out more about North Running Club's new monthly 5K events...

Last month the inaugural North Running Club 5K saw runners congregate at Springwell in Leeds - home of North Brewing Company. It was from this base that they stretched, hydrated and then set off for a casual 5K to Meanwood and back.

Runners could join three different groups depending on their desired pace and, here’s the good bit, when they returned to the brewery base they were rewarded with a nice refreshing drink! (It should be noted that this wasn’t ‘just’ beer, alcohol free and soft drinks were available too!).

Speaking after the event, organisers said: “We would like to thank everyone who came and ran with us! It was really humbling to see so many enthusiastic people turn up for our first event! Secondly, thank you to our run leaders! You were absolute mega stars!

“The first @northrunningclub event was a lot of fun, so we’ve got more dates! Join us every month at Springwell for a jog around Meanwood, followed by a drink on us and a good ol’ catch up!”

Dates have now been released for the rest of the year - so if you are in the Leeds area and enjoy running, chatting and ‘drinking’ then make sure you take a note of them.