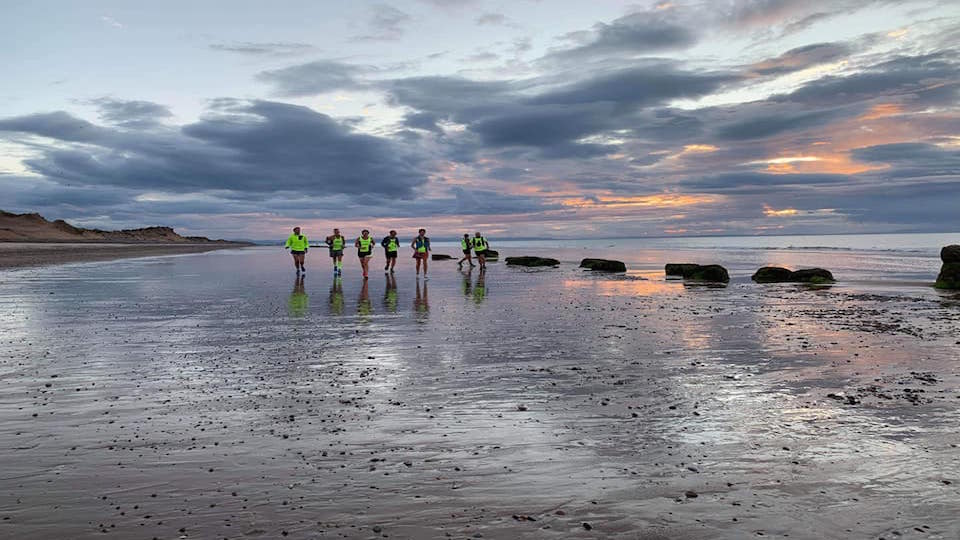 Corporal Jon Ward was due to run the entire length of the Moray Way with clubmate John Anderson at the weekend – nearly 100 miles, unsupported, in less than 24 hours – to raise funds for the Samaritans. The 34-year-old ultrarunner and Elgin parkrun regular, who previously served at RAF Lossiemouth, died on Wednesday.

With 100 marathons under his belt, PBs of 17.44 in the 5k, 36.59 in the 10k, and the distinction of being the first person to run the entire 260-mile length of the North East 250 route, Ward was an accomplished runner. But he was also an accomplished fundraiser, who raised thousands for the RAF Benevolent Fund in 2018, the service’s centenary year.

Ward’s latest goal was to raise money for the Samaritans, very specifically because of the effect he saw the current coronavirus crisis was having on mental health.

As Ward explained on his Just Giving page: "COVID has been a terrible virus and unfortunately caused many deaths. However, the effects of lockdown has seen an increase in suicides and long term will have a major impact on people's mental health, not just in adults but children as well.

"The Samaritans need support now more than ever. That's why John and myself want to raise as [much] funds for them as possible."

Ward was dedicated member of MRR. He maintained his links with the Elgin-based club even after his recent work-related move to Glasgow, and trained with them in preparation for his challenge just days before his death.

Despite their shock and sadness at their friend’s passing, Ward’s clubmates felt the run should still go ahead to help the Samaritans with their vital work, and pulled together to make it happen.

At 5am on Saturday morning, John Anderson and a few of his clubmates set off from Lossiemouth.  Over the course of the day, other runners joined Anderson for sections of the beautiful 100-mile route, offering their encouragement and support, and recording their progress using the #ForJon hashtag on social media.

At 2am on Sunday morning, Anderson returned to Lossiemouth, crossing the finish line in 21 hours, well under the 24-hour target he and Jon Ward set for themselves.

As of this morning (Monday, 29 June), the challenge has raised over £11,000 for the Samaritans, smashing the pair’s original target of £500.

Writing on Facebook, Ward’s friends and members of MRR reflected on the day, calling the run ‘a fitting tribute to a man who was clearly loved by so many’, and saying, ‘We did him proud’.

After the run Anderson thanked everyone for the support he received along the way, calling it ‘just amazing’. He said: "Everyone involved yesterday should be so proud of themselves and hopefully we gave [Jon] a fitting tribute with the epic adventure. Hopefully also the money raised can go to help other people struggling."