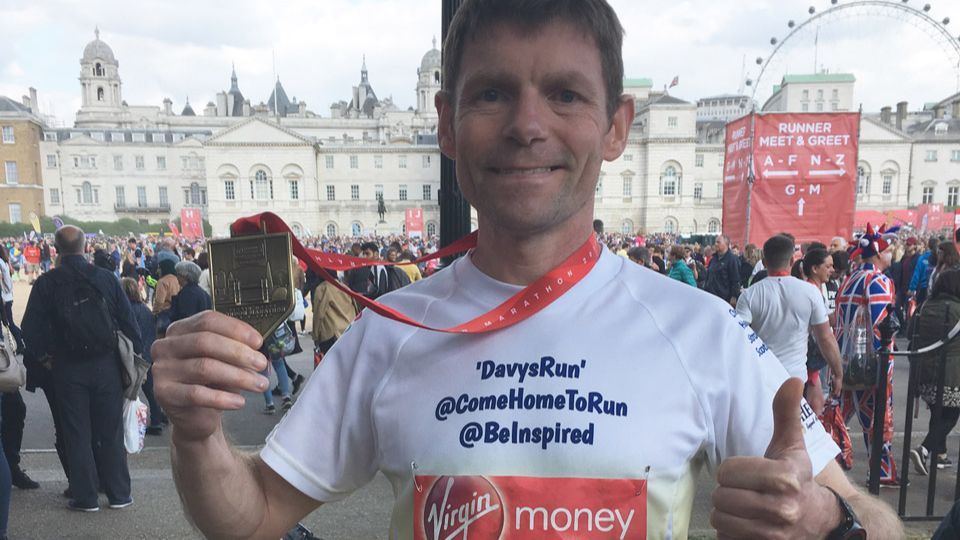 Running enthusiast and activist for mental health John Owens has begun another campaign. The Ayrshire veteran is a long-term supporter of Help for Heroes; now he is fronting the charity's Step 2 It initiative.

John, a double stroke survivor, is on record as saying the biggest step he has ever had to take was to seek help for his own mental health. In the wake of the coronavirus crisis John is inviting the Scottish running community to step up to help other injured veterans to get similar support.

John, himself, with the support of the Help for Heroes’ Hidden Wounds mental health programme, was able to rebuild his confidence and his life and his running roll of honour now includes London and Stirling Marathons as well as dozens of half marathons and 10ks.

One of the youngest soldiers to serve in the Gulf War aged just 17, John suffered two strokes while serving, the first in his twenties and a second one aged 38. Physically, the former Royal Highland Fusilier recovered well but the damage done to his mental health – as he struggled to come to terms with his brain injury, the end of his military career and a broken marriage – wasn’t so easy to fix. Eventually he was medically discharged, suffering with depression, anxiety and PTSD.

John, who has recorded a special video to launch the Step 2 It campaign, is doing 10,000 steps a day through a special training programme he has created to build up from 10k to marathon distance running – but insists participants don’t have to be aspiring marathon runners to take part. He hopes to encourage others to experience the benefits that exercise has given him in boosting his mental and physical wellbeing.

His encouragement to anyone signing up to the Step 2 It challenge is: “Someone once suggested to me that life is like a 400-metre hurdle race. You just keep going and you tick each hurdle off. There will always be light at the end of the tunnel and there is always something you can focus on. Find that thing and never give up on it. I hope you all have fun and enjoy every minute of it.”

John Owen talks openly about the steps he’s taken to get to where he is today in his first book 'Davy's Run'. In 2020 John is concerned that recent research carried out by Help for Heroes among wounded, injured and sick veterans, serving personnel and families reveals that 56%  are doing less exercise than normal since the COVID-19 pandemic began, despite the fact that 65% of respondents find exercise is something they can use to manage stress and anxiety.

John believes that the Step 2 It campaign can help address this developing problem.  He wants people to sign up and do 10,000 steps a day (or a distance of their choice) for 30 days, getting sponsors to support their challenge. With the majority of its fundraising events being cancelled due to the coronavirus pandemic, Help for Heroes hopes that Step 2 It will start plugging its fundraising deficit while giving people an opportunity to get fit in a fun way.

Hannah Lawton, Sports Recovery Manager at Help for Heroes says: “Sport and exercise are massively important for many of the sick and wounded veterans that we support, not just to help their physical wellbeing but to improve mental health. It can be a great way to re-motivate yourself after injury or illness and help you realise you can still do the things you love.

“Over the past few months, many people like John have found solace in exercising and keeping fit. But like many of our veterans, there are also those who have felt demotivated because of concerns and worries caused by the coronavirus. Our hope is that Step 2 It will give anyone and everyone across the UK a goal to work to – either to motivate them to get back into exercise, or a reason to keep up new habits formed. By taking this big step for themselves, they won’t just be helping veterans like John, but will be doing themselves a favour too.”

Find out more about Help for Heroes’  Step 2 It challenge at the charity website.

Newsdesk
John Owens battles on to Cut the Clock