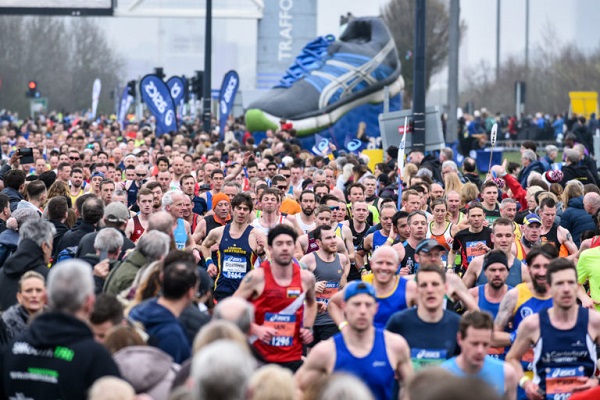 Manchester Marathon welcomes runners from the south with useful guide

With an estimated 350,000 would be London Marathon runners disappointed in the ballot for 2019 there has been unprecedented demand for entry to other events further afield. The ASICS Greater Manchester Marathon on 7 April has seen a 50% increase in registrations year on year and has just released a tongue-in-cheek guide for potential entrants from the south of England.

Manchester entries peaked last week with hundreds of southern runners signing up after being unsuccessful in London's ballot. Venturing so far north for the first time can be a daunting prospect for many southerners, so the helpful people at Human Race have issued a useful guide to northern etiquette. Here are some highlights...

Strangers will talk to you - don’t panic! Yes, it’s a thing. Unlike the London Underground, or on many buses south of Birmingham, northern people are actually happy to make eye contact and strike up a conversation. The usual opening form of address is: “Alright, pal/love”.

Mancunians are not weather obsessed and can be seen out in all conditions, mostly in shorts and T-shirts. It's just that they are that bit more robust and know they won't rust in the rain.

Mancunian diction can be a bit tricky but some knowledge of the native tongue is a sure fire way to get more than a smile and wave in passing. Here are some of our favourites: Salfords = Socks; Keks = Trousers; Mint = Great; Mingin’ = Unpleasant; Sound = Generic term of praise.

Manchester's cuisine depends heavily on the staples of gravy and mushy peas. Especially with chips. This is one Mancunian treat that’s not to be missed, possibly as a celebratory meal after your marathon triumph. Shopping - it’s the same currency as in London but your money goes much further. Plus, if you go for a pint after, you might even get change from a fiver!

Mancs are passionate about their sport, especially the marathon. Northern football teams are leaving the opposition in their wake and ASICS Greater Manchester Marathon is an iconic event in its own right, starting beside Manchester United’s Old Trafford football ground and finishing at Emirates Lancashire County Cricket Club ground.

ASICS Greater Manchester Marathon claims to be the UK’s flattest, fastest and friendliest marathon and with 17,000 runners taking part it is easily the second biggest in UK. And because everyone loves a bargain, a limited number of early price entries are available until Wednesday 17 October at 23:59. Head to the official race website now to secure one of the remaining places.