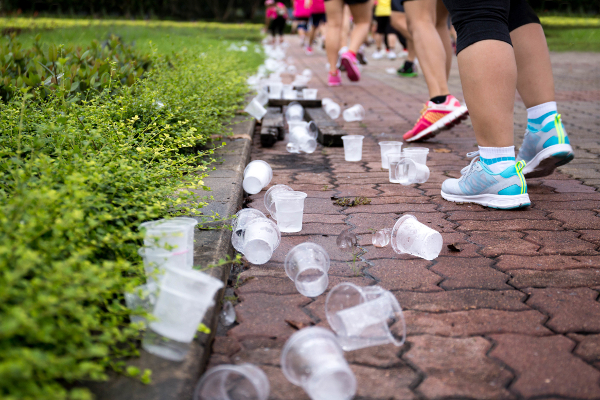 A number of Midlands' race organisers have announced plans to reduce their use of plastic by ‘going cupless’ at their events. Is this a DNF for the single-use plastic cup?

The ubiquitous white (or transparent) drinking container is a familiar item at races, handed out at water stations by smiling volunteers or grabbed by thirsty runners at the finish. Plastic cups are cheap, convenient and easy to dispose of hence their popularity with organisers who are looking to keep costs down whilst ensuring everyone has a day to remember.

An unfortunate side effect of this is the unenviable job of picking up cups and bottles lying on the ground that have been discarded by the entrants. In many cases, there are bottles of water, jettisoned after only one mouthful causing a hazard underfoot as people try to swerve around them.


One solution and a way of making running events less environmentally intrusive is to ask runners to bring their own cup. There are recyclable, collapsible cups from companies such as HydraPak and Sea to Summit which fit into a pocket and can be filled at an aid station.

These are likely to become a fixture at trail races, marathons and ultras as participants are used to carrying their own water via hydration vests or waist belts. Wayne Drinkwater of GB Ultras has joined the cupless revolution and Denzil Martin of How Hard Can It Be Events & CODRC will be doing the same from 1 August 2018.

However, it’s a different situation with road racing where runners have a quick swig of water as they push themselves to the limit. Plastic cups are preferred due to their ‘ease of use’ and any eco alternative will have to offer the same.