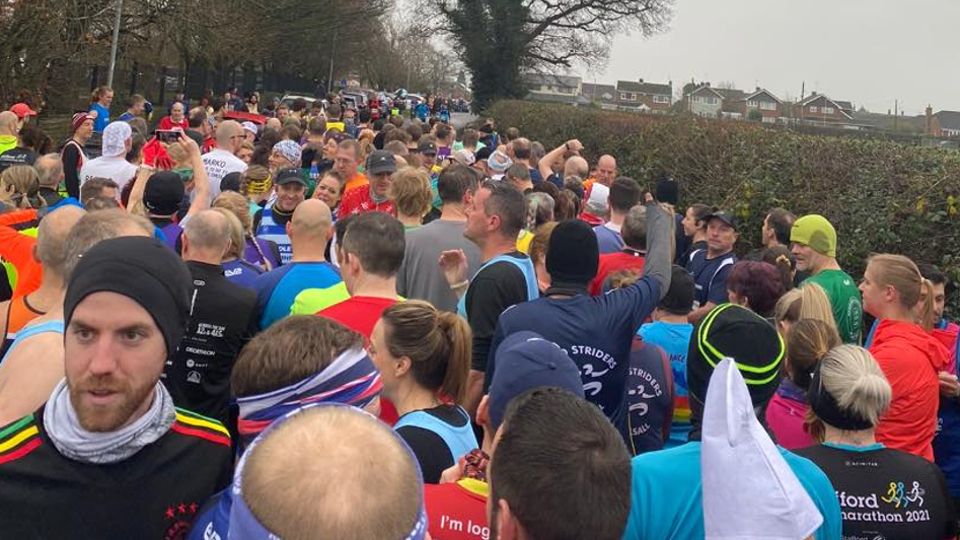 Nearly 400 runners banished the post-Christmas blues at the Wheaton Aston 10K (Monday 27 December) as the year draws to a close. There were late Christmas presents in the shape of first places for Lloyd Biddell and Kelly Butler and PB’s for many others at this race which has become an annual tradition.

The period between Christmas and New Year is often flat but this race provides an antidote to that as well as being an ideal way to burn off the extra calories. This is a well organised event from Newport & District RC where demand is always high for places and subsequently, sells out in advance.

People travel from across the region to take part whatever the weather - there has been everything from sunshine to snow and ice – and enjoy the fresh air and exercise at the same time. Follow your Boxing Day walk with this fast dash to blow away any Christmas cobwebs!

Conditions were overcast as runners congregated at St Mary’s School in Wheaton Aston, waiting to start the race at 11am. They followed a relatively flat course on roads around this Staffordshire village, navigating their way through puddles and mud and drizzle.

For Lloyd Biddell it was his first road race in almost two years. He made his way up the field to join the leading group and was third with less than 2K to go. He accelerated past the 2nd placed runner then into the lead with a burst across the line to win the 2021 Wheaton Aston 10K in 32:45. Craig Pilsbury was second in 32:48 and Christopher Ashford third in 32:54.

It was a Birchfield Harriers one two in the women’s race with Kelly Butler the winner in 37:21 and Carli Baldwin second in 38:02. Olivia Harris of Royal Sutton Coldfield AC was third in 38:13.

A full set of results is available to view via the runABC Midlands Race Listings page.

An enjoyable race for all with the added bonus of burning off the Christmas dinner!