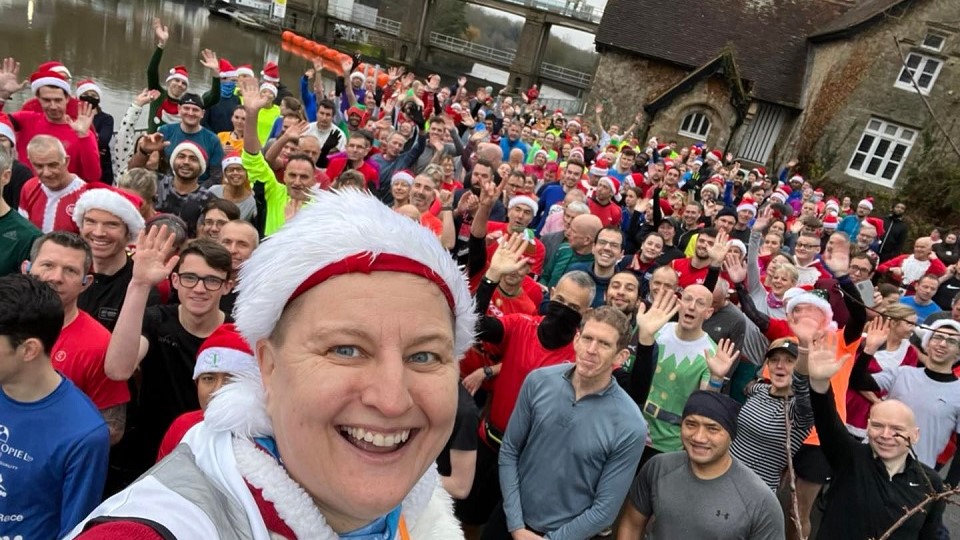 We run the parkrun numbers for Christmas Day

Christmas Day is for exchanging gifts, eating, drinking, and playing board games until you are bored – right? Not according to the parkrun stats we have studied! Apparently, there were 907 parkruns worldwide with 111,789 parkrunners and 13,338 hi-viz heroes involved.

At the other end of the scale, there were less than 50 runners at 16 events and the smallest were Marshall Drive, Saltburn-by-the Sea, North Yorkshire (28); Polkemmett Country, West Lothian (27) and The Grange (7) – held within the securely closed grounds of HMP Kirklevington Grange Prison in North Yorkshire.

This writer donned some suitably festive gear and joined the fun at Maidstone parkrun in Kent, where 298 took part, supported by 25 very special people who gave up part of their Christmas Day so the rest of us could burn off some calories in advance of the feasting.

Of course, some parkrunners take these events rather more seriously than others and there were some seriously fast times recorded. Four men first finishers were inside 15 minutes and they were: Finn McNally (Brighton Phoenix, 14:50) at Preston Park, Brighton; Daniel Jarvis (Bedford & County AC, 14:52) at Grovelands, Enfield; Sam Charlton (Wallsend Harriers, 14:55) at Town Moor, Newcastle upon Tyne and William Richardson (Birchfield Harriers, 14:56) at Worcester Pitchcroft.

So that's the stats for Christmas Day and with the next parkrunday falling on New Year's Day will you be hauling yourself out of bed to take part or volunteer? Certainly, having savoured the unbeatable atmosphere of Christmas Day parkrun, this writer will be setting the alarm!