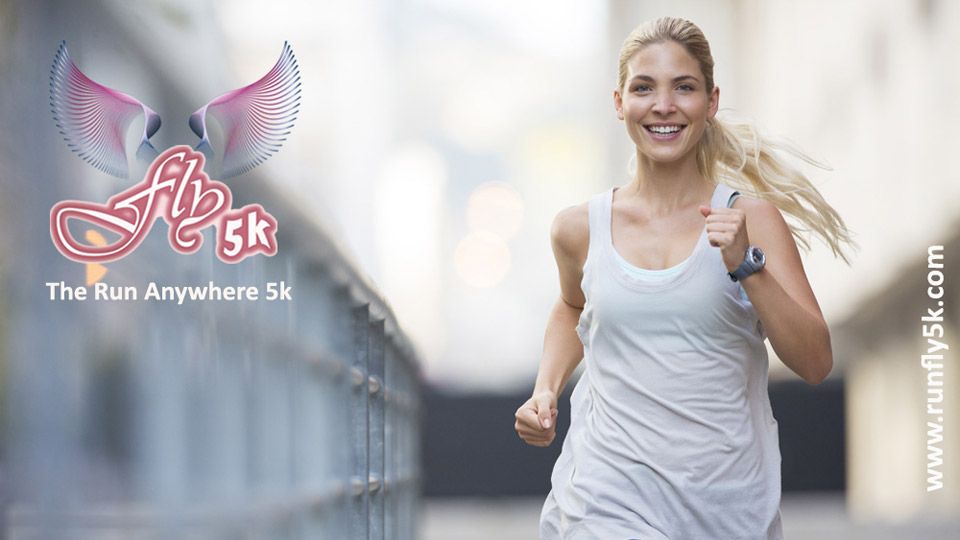 Coronavirus and lockdown has decimated the 2020 race calendar across the UK. And although there are indications that some smaller events might take place this autumn, it could be some time before normal service is resumed.

One of the few upsides has been the growth of virtual races and as the months have passed these events have developed from a simple formula – go out and run 10k and pick up a medal – to some interesting and engaging formats. The England Athletics Virtual 5K Road Championships is an example of an event which generated lots of runner interest and big numbers of participants.

Another event which has established a loyal following since it was set-up by Graham Smith in early June is the Fly 5K. Hertfordshire-based Graham was looking for something to motivate him to maintain his training over lockdown but the type of virtual races that were popping up didn't appeal to him. Graham told runABC: "The idea of running on my own and then seeing my time listed against lots of names I didn’t know. I couldn’t really see the attraction."

Graham then developed the idea of an event where runners might know each other or become familiar over time. He wanted to have a regular run so participants could track their performances and improvement, and for the event to be free to enter.

One of the disadvantages of virtual races is their vagueness – run whenever, wherever and over any distance. Graham wanted to apply structure to his proposed event and to generate mutual support and participant interaction via social media. He also wanted to make it straightforward to take part.

Fly 5K was created as a weekly race to be held each Saturday morning between 8.00am-12.00noon and was launched on 6 June. St Albans Strider Graham created a lot of interest at his club and 90 fellow members and friends took part in the first event. He then approached other local clubs suggesting Fly 5K would be a great way to connect runners at clubs across Hertfordshire, Bedfordshire and Buckinghamshire.

Fly 5K staged its eighth event last Saturday (25 July) and has grown to around 700 members and average of 150 runners each week. Although Graham hoped the event would have a local impact,  Fly 5K is open to anyone wherever they live and now participants in France, Germany and Bermuda have recorded times. There's also an Australian connection with another group of Striders – Sydney Striders. Several runners in Sydney submit their times each week and share their stories via Facebook. All members are invited to join the friendly Facebook group and share their experiences.

Graham is pleased with the quality of the performances recorded too. He said: "The event is intended for runners of all abilities and participants have ranged from 10 to late 70s. However the regularly weekly format has enthused our new community with a large number of PBs being achieved. We also have an inter-club championship each third week using the times from Fly 5K to encourage club level competition."

Graham continued: "We've seen some very fast times. We're pleased to have Emma Stepto amongst our regular Fly 5Kers. Emma, from Cornwall AC is a British Masters Champion and previous Vets winner of London Marathon; she's the current Fly 5K women’s record holder with 18:36.  We also have Darren Deed as one of our members. Darren’s accomplishments include several wins in the British Athletics League at 5,000 metres, podium in the Southern Cross Country Championships at Parliament Hill, and he was joint V40 Champion in the EA Virtual 5k Champs alongside Paul Martelletti. His 14:48 is the current Fly 5K men’s record."

It's easy to be part of the Fly 5K fun – join the group via the Fly 5K website, receive a unique membership number and submit details online. Results are published weekly including category rankings and age graded percentages.

Graham Smith is planning to keep the Fly 5K project going beyond the coronavirus situation: "I think we've built a very welcoming and friendly running community. I anticipate people might log their parkrun times and share their runs across a wider geographical area with friends in other places.

"I'm delighted how much people have enjoyed Fly 5K. I think we have a good foundation here for something that I hope will continue to grow and that people continue to want to be a part of."