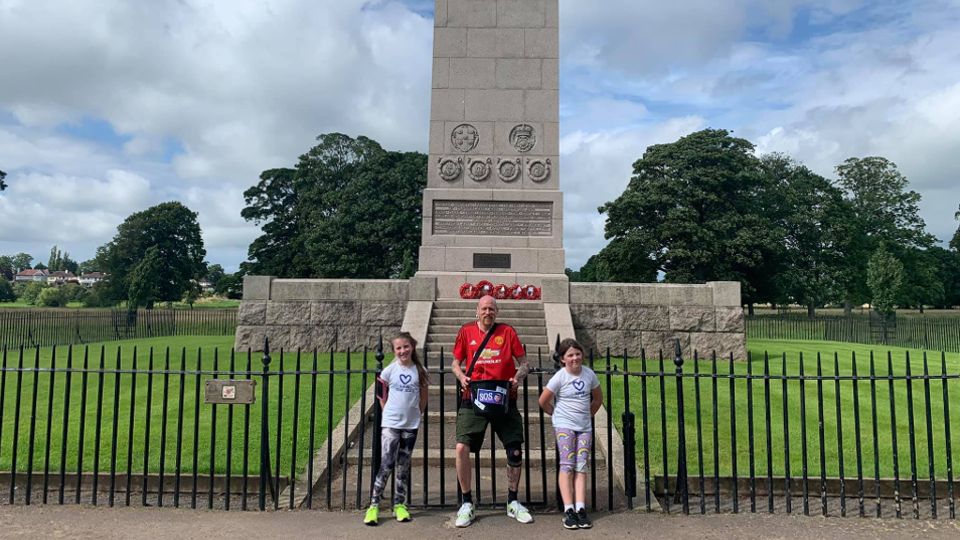 Dominic Scott’s big hearted marathon efforts for Save Our Stan

Four marathons in a week, a 24 hour walk and a bike ride for #saveourstan fundraiser Dominic Scott.

Dominic Scott ran four marathons in a week to fundraise for ‘Save Our Stan’ and help a ittle boy receive life saving treatment in Singapore. This wasn’t his only challenge as warm hearted Dominic also completed a 24 hour walk around his home city and 137 miles on a bike within a month for Stan.

One marathon in a week would be enough for many people but Dominic Scott decided to up the ante by running four and whilst continuing to work full time as a roofer. Added to this was the fact it was his first time at the distance.

Dominic is friends with the parents of two-year-old Stanley Dalton who was diagnosed with T-Cell Acute Lymphoblastic Leukaemia (ALL) in March 2019. He underwent two transplants and was in remission when his parents received the news that his leukaemia had returned. His only hope is treatment in Singapore and a crowdfunding page was set up to raise funds to pay for this.

Friend and X Border 10K organiser Mike James devised the routes around four local parks: Bitts Park, Chances Park, Rickerby Park and Kingmoor Park/Hammonds Pond. The marathon ‘park runs’ were held on 12, 14, 16 and 18 July and involved multiple laps and more than a fair amount of grit and determination. Dominic ‘hit the wall’ at 18 miles but pushed through this and knee pain whilst reminding himself this was for Stanley. Friends and family supported throughout the challenge including Mike James who accompanied him on his bike for marathon number 3 in Rickerby Park.

Donations still welcome at the Save Our Stan JustGiving page.

What has Dominic planned next? In his own words: “You thought this would be the last challenge...watch this space.”