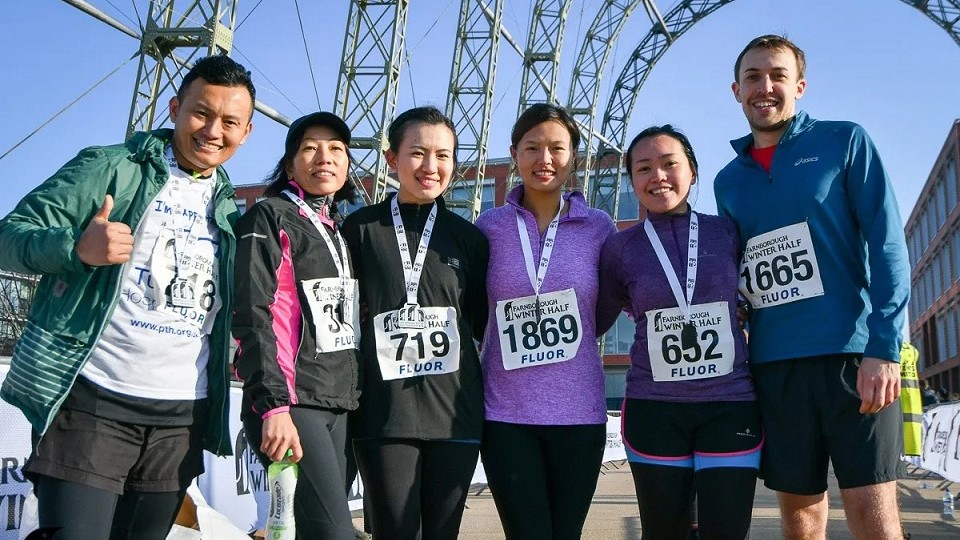 P-P-P-Pick up the pace at Farnborough

Farnborough's penguin-themed Winter Half was on ice until July

England's footballers couldn't quite bring it home on Sunday (11 July) but the 773 finishers in the penguin-themed Farnborough Winter Half certainly did...

Penguin-themed? Winter Half? Yes, this was the six-month delayed Farnborough Winter Half by 2:09 Events - the company owned by former London Marathon winner Mike Gratton that commemorates his PB victory in the capital in 1983.

Race winner Stephen Blake (Aldershot, 1:11:03) made better progress than the ever-popular penguin race mascots as he won by a clear three minutes from Russell Murphy (1:14:06) and Ian Bailey (1:15:51). Blake set his PB of 1:08:54 at the Goodwood Running Grand Prix Half Marathon in April and won the Run Dorney Half Marathon at Windsor (1:11:07) last month.

Two W40 masters led the women's field on this flat, fast course around Farnborough Aerospace Centre and Farnborough Airfield. Lesley Locks (1:18:51) - making it a double victory for the Aldershot club - and Alexandra Cook (1:21:11) were the experienced pair at the front and were joined on the podium by Hannah Pullen (1:21:32).

The weather for this one-off summer version was a lot warmer than the usual January chill and Mike Gratton was delighted with the support of the competitors when he said: “After such a stop-start running year we were very pleased to be back with the Farnborough Winter Half – in July! It might be the height of the summer, but we kept the Penguin theme going at this event – it just adds to the fun".