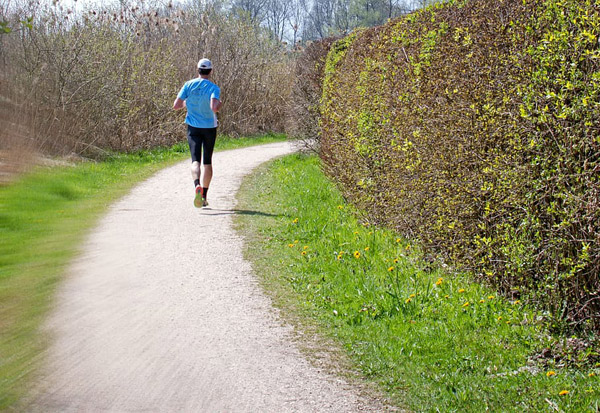 Heading for the eye of the storm

Yesterday (24 March) scottishathletics confirmed and extended earlier advice around the coronavirus and the UK parkrun cancellation was extended until the end of April at least. The decks are clear as the Scottish public in general, and runners, in particular, batten down the hatches and head into the eye of the storm.

As the situation unfolds on a day-by-day (even hour by hour) basis, runners have been thrown a lifeline with Government directives allowing one form of outside exercise per day. In Scotland the Chief Medical Officer Catherine Calderwood has urged the public to continue to exercise as much for their mental wellbeing as their physical health.

There are provisos around the permitted daily exercise - social distancing, solo running (or in family groups), once a day. In this time of anxiety and uncertainty, social media has generally proved useful for reinforcing official messages and sustaining morale however there have been occasions where patience and mutual respect has faltered.

In general though the running community has responded positively with virtual challenges, virtual club training programmes, home exercise routines and lots of positive images via Instagram, Twitter, Facebook and other platforms.

One ironic twist is that it seems likely that the level of running activity is likely to increase both in terms of overall numbers and intensity by previously occasional and regular runners. Some commentators have asked runners to be cautious to avoid 'over-training' and risking injury by increasing mileage or intensity too quickly.

Concerns about a crowded event programme later in the year may prove unfounded as later summer and autumn events benefit from pent-up demand. However it doesn't seem right at this point to speculate beyond the immediate critical weeks and months.

Key mantras at this time are - keep running but follow the rules. Mutual respect and understanding is crucial - avoid criticism, express your attitudes, views and opinions by a positive example. Stay safe, stay sane and stay well.