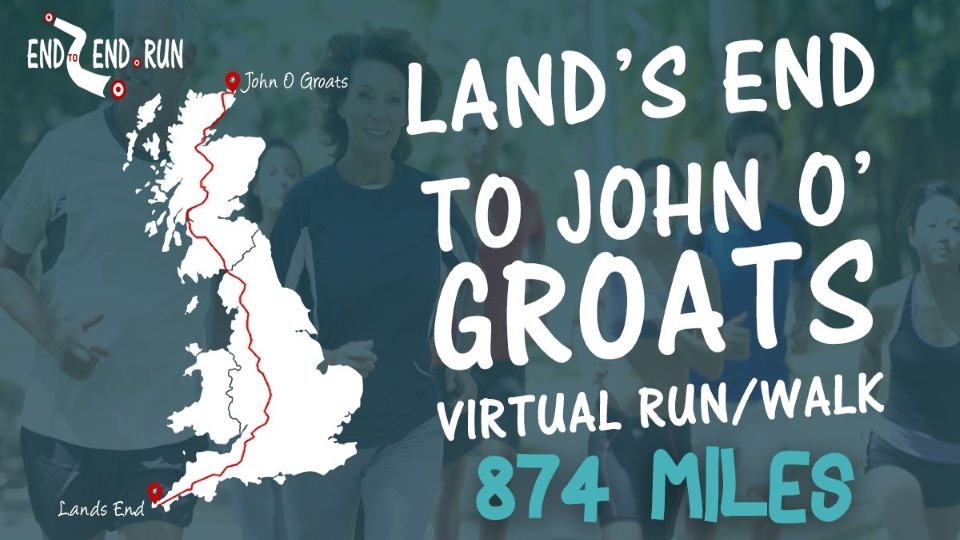 Is there no end to the End to End?

When runABC heard that thousands of runners were currently racing between Cornwall and Scotland – some via Wales – during a global pandemic with varying national restrictions in place, we simply had to investigate.

Of course, this is another virtual event, whereby even the residents of Lands End and John O'Groats – and everywhere in between – can participate in a once in a lifetime adventure without leaving their local area.

LEJOG, as the fabled end to end run is widely known, is usually the province of tough as teak ultra-runners with an extensive back-up team and meticulous planning. However, anyone can now sign-up (and pay-up!) to feature on the current End to End Run Virtual race leader board and appear on the Hall of Fame picture board when they successfully complete the 874-mile journey.

The sixth iteration of the End to End virtual race is well underway, having started on 27th September with a 12-month time limit. To qualify for the coveted gold medal, runners must complete the course within three months and that feat has already been achieved by two men and three women. In order of completing their 874th mile, they are John McCruden, Kay Skipp, Elizabeth Ewing, Heather Robinson, and Kevin Hamilton.

At the time of writing, we could see that Inderjit Kaur had just 11 miles to go in sixth place and Julie Charlton had just recorded her first mile in 2,777th position – come on Julie! The clever interactive map allows each competitor to plot their progress throughout the route, both in terms of distance covered and who they are overtaking (or being passed by).

The next edition of the End to End Run virtual will start on Monday 23rd November and every finisher within 12-months will receive an epic T-shirt; bespoke medal; digital postcards en-route; personalised digital certificate; regular motivation from the race team and fellow competitors; Hall of Fame appearance plus an opportunity to win spot prizes from sponsors.

What better way to see off 2020 and COVID-19 in style? With conventional races still in doubt for the foreseeable future you could soon be on your way from Land End to John O'Groats with thousands of like-minded runners at your own pace and near your own place, complying with whatever restrictions may be in force in your area at the time.