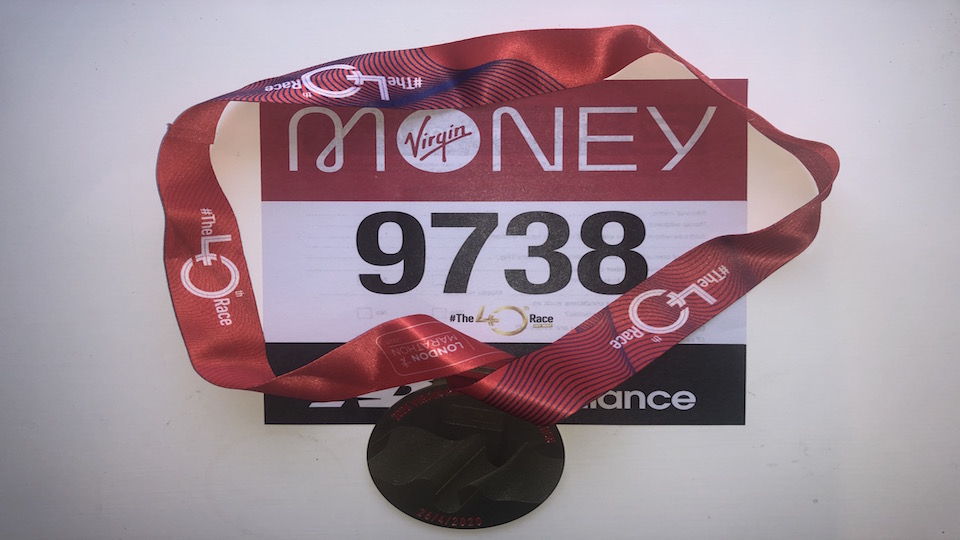 Lessons from Lockdown 6: reflections on the last minute marathon

As heavy rain slammed against the windows in the hours before I was due to start my virtual London Marathon, I felt sure I wasn’t the only one still cowering under the duvet. But least I wouldn’t be alone in my slog through the sog, I thought to myself, as I rolled over for another five-minute snooze.

I wouldn’t be alone because one of my clubmates had organised an ‘unofficial’ race for that morning, designed to put all the miles pounded out by the club’s marathon orphans to good use. At last count, around a dozen of us would be taking part.

But, not, as we’d soon find out, on the route we had intended. Heavy rain the day before, on what we now know to have been the heaviest day for UK-wide rainfall since records began in 1891, would have made it difficult to run our set course without snorkels and fins.

But with spirits undampened by the deluge, our indefatigable organiser Rory set about planning a new route, and the race was back on, albeit four hours later than planned, and with a series of countryside loops in place of the intended grand tour of the Garioch.

I’m not ashamed to admit that until the point where I pulled into the village hall that was to serve as our start point, I had taken the view that the day's race would be all about me. My cancelled marathons. My training. My time. My medal.

But as I sat behind my steering wheel, transfixed by a sight I hadn’t seen in nearly six months – all of us, to a man and woman, runner or marshal, in full club kit – all that went out the window. The ‘Unofficial Inverurie Marathon’ was about us, as a club, not just me.

We all had different reasons for running that Sunday – some looking for a London GFA (good for age), some seeking a PB, some wanting just to run a race – but there was a palpable feeling of togetherness that we’d all missed so much over the previous six months.

As the start time grew closer, I was amazed at how quickly runners and marshals alike shifted into race mode. There may not have been mile markers, or water stops, or cheering crowds lining the streets, or a finish gantry we could see from a mile away, but each of us gave it our all – as much for ourselves as for the collective pride of the club.

I won’t soon forget the look of steely concentration on Gareth’s face as he tried (successfully) to break the 3 hour mark as he passed by me en route to his final loop. I also won’t forget the Garioch ‘guard of honour’ that accompanied Craig on the final few hundred metres of his (also successful) sub 4-hour attempt. I won’t forget Daisy on her bike, supplying Emma with water, gels and encouragement all along the route, either.

Even though it was a 'virtual race', I grew by leaps and bounds as a marathoner that morning. I learnt a lot about what’s really important in a training programme, the value of drawing on past experience when things get hard, and what I can achieve when I set my mind to it (3.28 on the official app, since you ask).

But most importantly, I learnt that the support you get in the ‘big city’ marathons we were all trying in some way to replace that Sunday in the soggy Aberdeenshire countryside is wonderful – but it’s nothing like the support we get from our own running family.