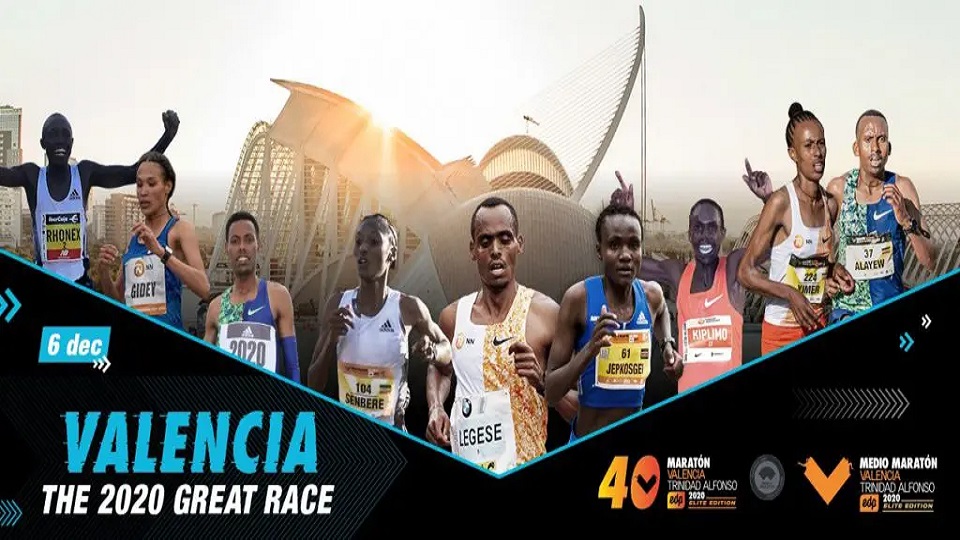 Valencia is fast becoming the epicentre of world-class distance running. The top 10 men and women finishers in Valencia Marathon Trinidad Alfonso EDP on Sunday 6 December will automatically be qualified for the Tokyo Olympic Marathon next year, as Valencia Marathon has been awarded Platinum Label status by World Athletics.

Valencia Marathon is held annually in the historic Spanish city and with its entirely flat circuit and perfect November temperature, averaging between 12-17 degrees, it presents the ideal opportunity to end a difficult year with a fast time and a ticket to Tokyo 2021, with more than 100 athletes from 43 countries signed up to compete.

Following the stunning performances on 7 October, when the men's 10,000m and women's 5000m records fell at the Turia Stadium in the city, organisers are hoping for similar results from the elite-only fields that have been assembled.

Britain’s Scott Overall, Derek Hawkins and Matt Clowes are also expected to run, with Callum Hawkins an interesting name among the pacemakers.

The 'supporting' half marathon could be the better race, with a further 100 plus elite entries chasing world records of 58:01 (men) and 1:04:21 (women). The men's field includes world half-marathon champion Jacob Kiplimo and world 10K record-holder Rhonex Kipruto, making his 13.1-mile debut. More than a dozen men who have beaten 60 minutes have entered.

World 5000m record-holder Letesenbet Gidey and world 1500m record-holder Genzebe Dibaba are set to make their half-marathon debuts in the women's race, while the fastest on paper is defending champion Senbere Teferi (1:05:32).

Valencia looks like it could be the event of the year. You can visit the website for the latest information via runABC's comprehensive race listing here